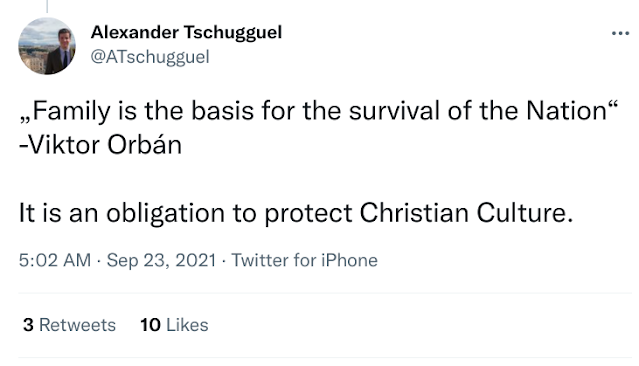 “A forerunner of the Antichrist, with his troops gathered from several nations, will fight against the true Christ, the only Saviour of the world. He will shed much blood and will want to annihilate the worship of God to make himself be looked upon as a God. Our Lady of La Salette 19 Sept. 1846 (Published by Mélanie 1879)
The three children Lucy, Francisco and Jacinta said that in the apparition on June 17, 1917, the Virgin said to them:
I shall come to ask for the Consecration of Russia to my Immaculate Heart. If people attend to my requests, Russia will be converted and the world will have peace.”
They said that on July 13, 1917 the Virgin told them:
God wishes to establish in the world devotion to my Immaculate Heart. If what I say to you is done, many souls will be saved and there will be peace. The [First World] war is going to end; if people do not cease offending God, a worse one will break out during the pontificate of Pius XI. When you see a night illumined by an unknown light, know that this is the great sign given you by God that He is about to punish the world for its crimes, by means of war, famine, and persecutions of the Church and of the Holy Father. To prevent this, I shall come to ask for the consecration of Russia to my Immaculate Heart.... If my requests are heeded, Russia will be converted, and there will be peace. If not, she will spread her errors throughout the world, causing wars and persecutions of the Church. The good will be martyred, the Holy Father will have much to suffer, and various nations will be annihilated. In the end, my Immaculate Heart will triumph. The Holy Father will consecrate Russia to me, and she will be converted, and a period of peace will be granted to the world.” Source
Always thought it was strange for FSSP RAD TRADS to support a man who is a member of the Calvinist Hungarian Reformed Church, and has a son, Gáspár, who founded of a religious community called Felház.

Orban has close ties to Putin and the Soviets. Orban does not hide that fact. Any FSSP RAD TRAD should know about Orban's ties to Putin - but they don't care.

FSSP RAD TRADS have an admiration for Putin

With war over the border, young Hungarians scorn Orban's Russian ties
BUDAPEST, Hungary (Reuters) - Hungarian Prime Minister Viktor Orban has never made any secret of his desire for warm ties with Russia and President Vladimir Putin. But five weeks before the toughest election the 58-year-old has faced in his 12 years in power, that friendship looks likely to cost him votes among young people upset at Putin's war on Hungary's neighbour Ukraine. "He has been rather two-faced," said Dora Bicskei, 22, who joined an opposition protest against the Russian invasion on Thursday at the Russian embassy in Budapest. "We sympathise with the EU and with Putin at the same time ... it was to be expected that at some point those two things would clash." "I'd prefer us to side with the European Union." Only a fifth of voters under 29 back Orban's conservative Fidesz party, which draws most of its support from older and rural voters. But Gabor Torok, a political analyst, wrote on his Facebook page that the war in Ukraine might alienate even some of those older voters. He said the common wisdom held that an external crisis generally helped the ruling party. "But this is not necessarily true of the present situation," he wrote. "The war nearby is triggering unpredictable reactions, fuelling emotions ... After a long time, for the first time, on an important issue, Fidesz' voters could be divided." Ahead of the April 3 election, Orban holds only a slim opinion poll lead over an opposition that has for the first time not only united against him - but also found a leading candidate, Peter Marki-Zay, who can appeal to conservatives. 'MAN OF WAR' Marki-Zay's six-party alliance has accused Orban, who visited Putin in Moscow less than four weeks ago, of "making friends with the man of war". Orban asked for more Russian gas under a long-term supply deal but also cast his trip as a "peace mission". 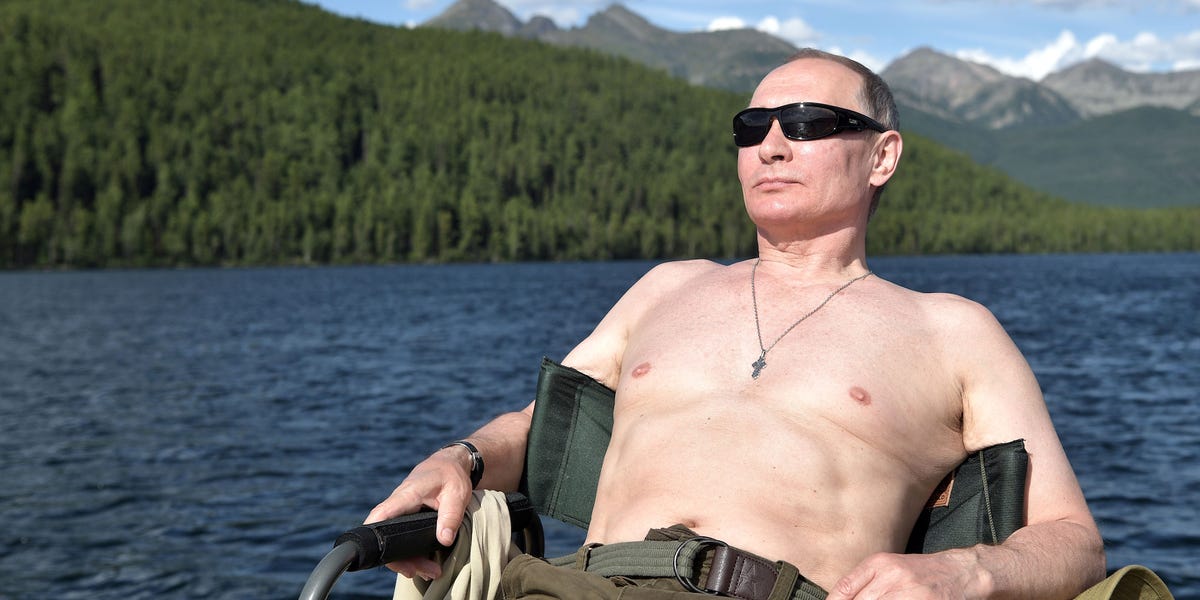 He has condemned Russia's invasion - which Putin said was intended to end the West's anti-Russian influence on Ukraine - and says he supports a united EU stance on sanctions. But Orban also told public radio after the Moscow trip that today's "new Russia" was different from the Soviet Union, whose tanks in 1956 crushed a Hungarian uprising against domination from Moscow, and that his ties with Putin were paying off. Last week, shortly after Orban's trip, some young voters in the university town of Szeged said the trip was a mistake amid the escalating crisis. "Russia has the same autocratic leadership and they pursue a very aggressive foreign policy, which we should not be aligning with," said 22-year-old Otto Schober, studying employment law and communications. "Being an EU citizen is an enormous honour." He was handing out leaflets and stickers supporting Marki-Zay. "I think Russia has remained the same," said 19-year-old Szabolcs Adorjani, who will vote for the first time in April. "I couldn't really trust them because they are unpredictable." Fidesz's youth movement, Fidelitas, did not return repeated requests for interviews with Orban supporters. Source
More Pro-Orban Tweets from the Forerunner to the Antichrist on  Hungarian Prime Minister Viktor Orban 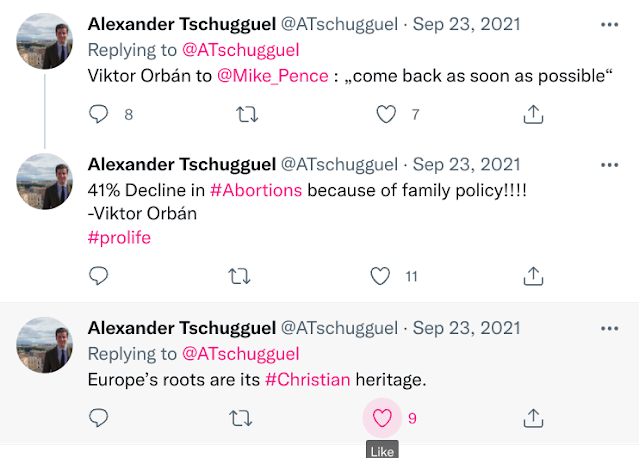 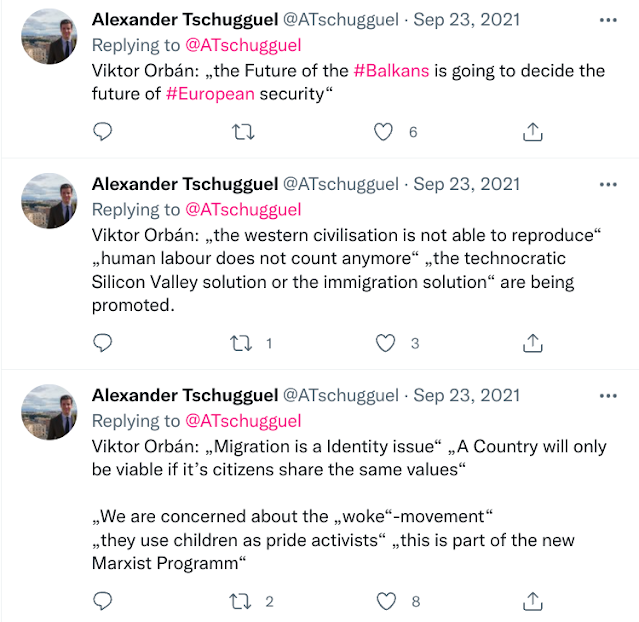 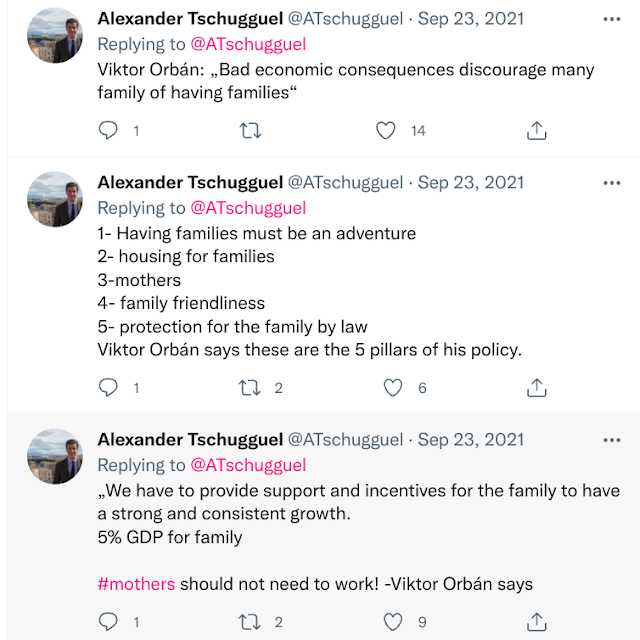