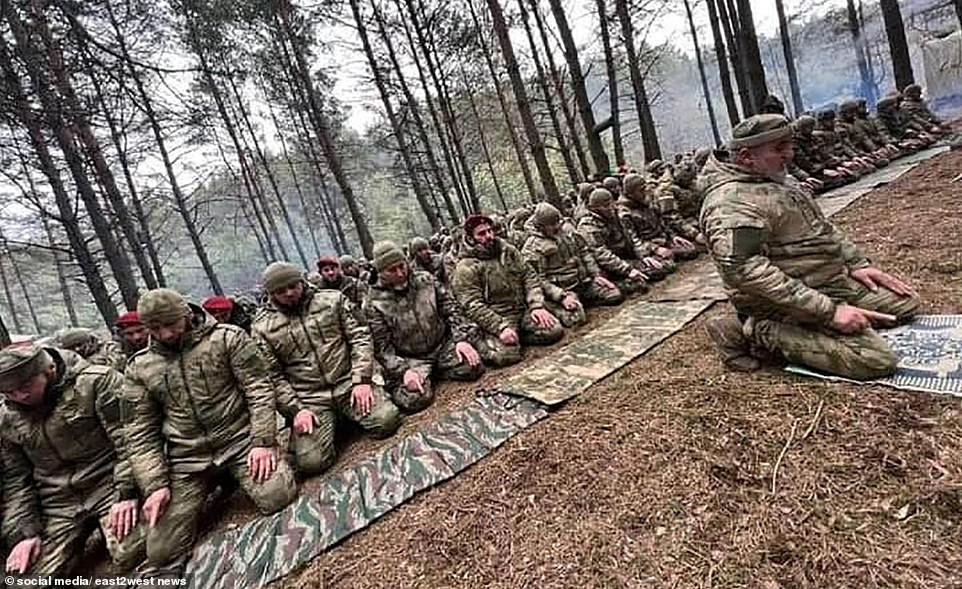 Muslim Call To Prayer
I thought Ann hated Communism?.....a lie..
I thought Ann hated Muslims?....just another lie...
One thing I do know is that Ann is such a manly man he man. I've come to the conclusion that Ann is a Russian Jewess....
Why are FSSP Laymen taking side with Putin?
Squad of Chechen special forces ‘hunters’ is unleashed in Ukraine to detain - or kill - Kyiv officials
A squad of Chechen special forces 'hunters' has been unleashed in Ukraine to detain or kill a set of specific Ukrainian officials. Each soldier was reportedly given a special 'deck of cards' with Ukrainian officials' photos and descriptions on them, a Moscow Telegram channel with links to the security establishment reported. The list is of officials and security officers suspected of 'crimes' by the Russian Investigative Committee, the report added.It came as Ukraine's president admitted he is 'target number one' for Russian assassins in his capital, while his family is 'the number two goal' for Putin's hitmen. The Chechen squad is thought to be in a Ukrainian forest and was allegedly given an 'order to kill' if those on the wanted list could not be detained. There is speculation those identified by Moscow as 'Nazis' would also be on the hunted list. Putin previously said a key aim of invading Ukraine was to 'deNazify' the country. State TV in Chechnya reported that Ramzan Kadyrov, 45, the republic's leader and a close Putin ally, had visited his forces in Ukraine. The Chechens are believed to be from the South battalion of the Federal Guard Service, based in Chechnya. Kadyrov yesterday met with Viktor Zolotov, director of the Federal National Guard Service and Commander-in-Chief of the Russian National Guard Forces, another close Putin ally. Volodymyr Zelensky, 44, addressed the nation on Thursday night, at the end of the first day of the Russian invasion of his country. The former TV comedian insisted he had remained in Kyiv as he urged his fellow citizens to stay strong. He said he was speaking from Kyiv but the elegance of the presidential palace was long gone: Zelensky, in his olive green t-shirt, appeared to be speaking from a bunker. Source 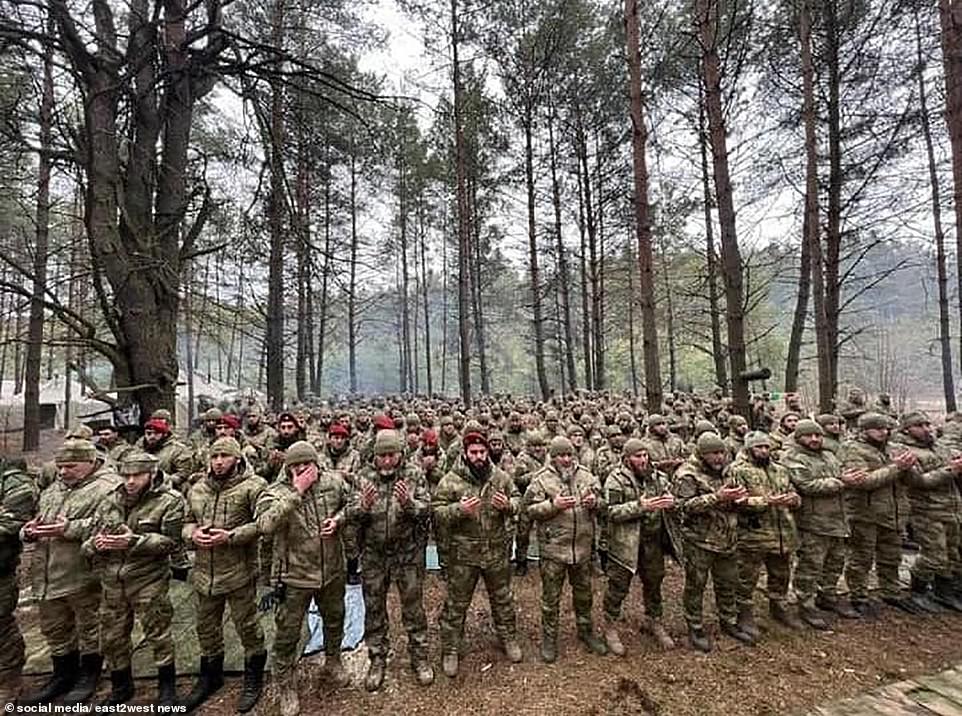