FSSP RAD TRAD Eric Sammons Of Crisis Magazine And One Peter Five Is A Heretic! 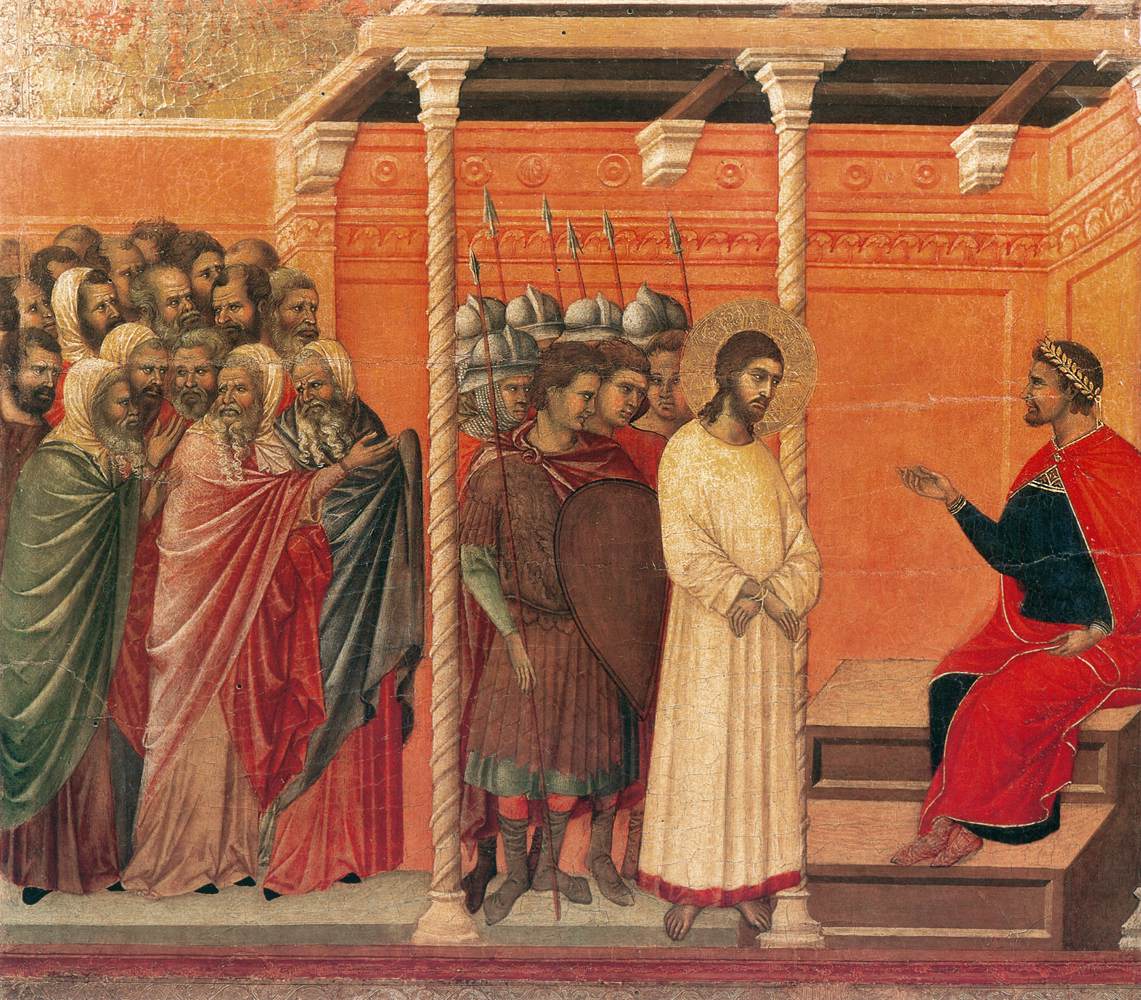 DUCCIO di Buoninsegna
Pilate's Second Interrogation of Christ (scene 15)
1308-11
Jesus answered: Thou shouldst not have any power against me, unless it were given thee from above. Therefore, he that hath delivered me to thee, hath the greater sin. Jn.19.11.
VERSUS VERSUS
Jesus said POWER ....from above.......
Jesus answered: Thou shouldst not have any power against me, unless it were given thee from above. Therefore, he that hath delivered me to thee, hath the greater sin. Jn.19.11.
Told you there was a problem with the FSSP and those who hang around FSSPers
Eric Sammons is paving the way to convince FSSPers that they have the power to elect their chosen Lay Leader someday based on the political model of Venetian Republic. Because the FSSP Lay Leader will not be elected by the Roman Imperial Electors. Ann Barnhardt is the first to mention this plan of electing their FSSP Lay King.
Our Lady of La Salette had said that there will be a Forerunner to the Antichrist rise up during the 35 year period of Chastisements

A forerunner of the Antichrist, with his troops drawn from many nations, will wage war against the true Christ, sole Savior of the world; he will shed much blood and will seek to annihilate the cult of God so as to be regarded as a god." Our Lady of La Salette 19 Sept. 1846 (Published by Mélanie 1879)