Predictions 2022: Putin Will Be Dead By Year End - Murdered + Strung Up & Dragged Through The Streets Of Moscow By His Own People.... 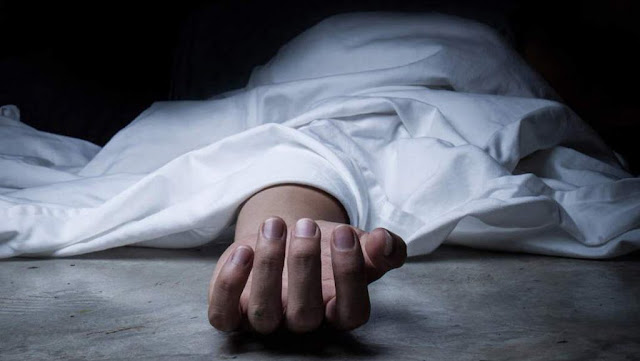 Let the seasons begin, take the big king down.....
Putin’s invasion of Ukraine plants a bomb under the Russian state
Russian president Vladimir Putin on Thursday began a full-scale military invasion of Ukraine. Ultimately, Russian troops are likely to end up fighting their way to Kyiv. Remember this day: it is a day when the Putin regime made a dramatic change of course, a day when a new, more offensive Russia came into being.
These events have little in common with the 2008 war in Georgia or Russia’s annexation of Crimea in 2014. In those cases, Russian military deployments were largely reactive: the agenda was shaped by external events and Moscow simply responded, often acting in an off-the-cuff fashion. Now, however, the manner of the country’s behaviour, its decision-making processes and its actions have a very different quality.
Putin’s transformation into a messiah-like figure wedded to a cult of the state has been illuminated in recent days. He is nurturing a new Leviathan set in a grim bedrock of revanchist conservatism. Armed with a belief in his historical destiny, Putin is acting more strongly and boldly. He is crossing red lines, sacrificing achievements like the Nord Stream 2 gas pipeline and exposing the economy to draconian western sanctions. Serving the “sacred state” reduces his personal culpability and frees him to act without restraint. But it also makes it much more challenging for others to deal with him. We are witnessing Putin’s increasing isolation, arrogance and disregard for decency.

A view of the protest in central Moscow this evening. Thousands across the country are risking serious repercussions to protest Putin’s attack on Ukraine. More than 850 people detained so far. pic.twitter.com/KHog0Acbir

While the regime remains strong, there is little chance of significant opposition protests. The latest polls show that Russia’s propaganda machine remains highly effective: a large majority of Russians blame the west and Kyiv for escalation in the Donbas. Even if a minority opposes Putin’s recent moves, few will voice that opposition in public.
Unlike the outpouring of national pride after the seizure of Crimea, Russians today are exhausted by geopolitical tension, angry about a focus on foreign affairs and fearful of world war. There is a sense of fatality and doom. A major conflict in Ukraine will only strengthen Moscow’s current political trajectory: more repression, indiscriminate persecution of anyone expressing ideas that “threaten” traditional values or patriotic spiritual bonds, and a rolling political purge.
Military conflict with Ukraine will also have a serious impact on the ruling elite. Consider the nervousness of those who spoke at the National Security Council meeting on Monday that approved recognition of the separatist statelets in eastern Ukraine. Demiurges of Putin’s Russia — spy chiefs Alexander Bortnikov and Sergei Naryshkin, and Putin’s point-man on Ukraine, Dmitry Kozak — looked hesitant, even helpless. An elite that is humiliated, or sidelined from strategic decision-making, will make the state less effective. But even if Putin retains the support of his inner circle, the respect of bureaucrats, businesspeople, investors, scientists and artists will dissipate as international isolation and economic pain harm the interests of those who want to live in a Russia that does not throw everything away for the cause of historical revisionism.

Look at the size of anti-war protestors in St Petersburg, Russia. Wow pic.twitter.com/dHg9Uwt9RQ


The invasion will have significant ramifications for Russian society. The regime is becoming less interested in its ordinary people. The whole system is switching from the “power of authority”, based on popular legitimacy, to the “authority of power” — reliance on repression rather than constructive strategy. Putin will have to stay in power for as long as physically possible, and he will have to rely more and more on security officials, who are the most hawkish and conservative part of the elite.
As time passes, public discontent and anger will gradually accumulate. By dismantling mechanisms for society to blow off steam and tightening political conditions, Putin is planting a bomb under the Russian state. Inevitably, it will explode with great violence, causing massive destruction when the regime begins to fall apart. Source
Let the seasons begin, take the big king down.....
Email Post