SSPX Communique From The General House Asking For Prayers For Ukraine 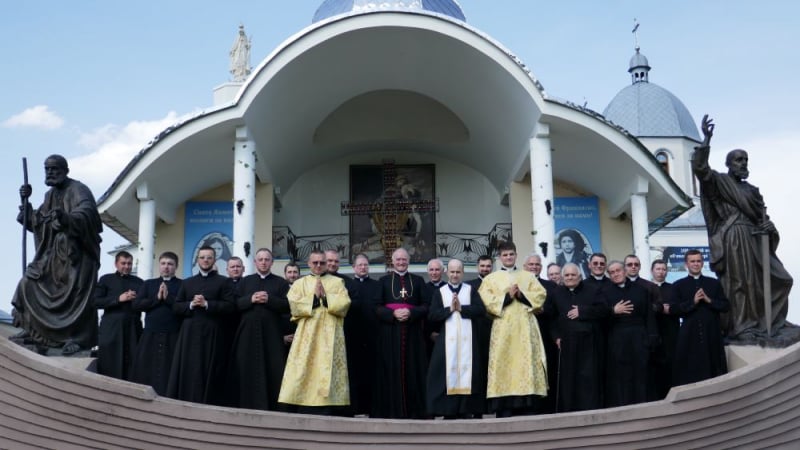 Communique from the General House Asking for Prayers for Ukraine
At the request of Fr. Basil Kovpak, Superior of the Society of Saint Josaphat (SSJK), and the SSJK’s priests and faithful they minister to, Fr. Davide Pagliarani, Superior General of the Society of Saint Pius X (SSPX), invites all members of the SSPX and the faithful to pray for Ukraine. Let us ask God, through the intercession of the Virgin Mary, venerated in Ukraine especially in the name of her glorious Assumption, for spiritual help for the Ukrainian faithful. Pray as well for the protection of Ukraine’s churches and chapels, especially those located in the east of the country. Fr. Basil and the priests of the SSJK thank you in advance for your charity in praying for those suffering the anguish of war while facing an uncertain future.
The Society of Saint Josaphat
The SSJK, named for the Hieromartyr St. Josaphat Kuntsevych (1584-1623), is a fraternity of Ukrainian Catholic priests who use the Slavo-Byzantine Rite. The SSJK has been associated with the SSPX since its founding in 2000. Placed under the patronage of St. Josaphat, the SSJK was founded by Fr. Basil. Its purpose is the formation of priests to serve Catholic parishes throughout the country. The SSJK also operates a seminary and has a branch of female religious. The SSJK’s priests minister to thousands of faithful throughout Ukraine. Source
Email Post