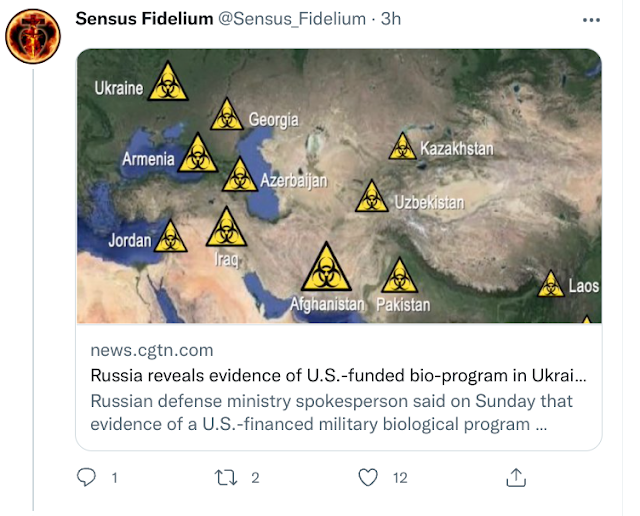 This is only gonna get worse
The US Bishops should shut down ALL FSSP parishes in the USA.
FSSP Steve Cunningham is now using Chinese Sate Owned Media Propaganda to further the FSSP Putin alliance.
Its becoming clear that those who attend FSSP parishes are a danger to themselves and a danger to their neighbor.
China Global Television Network (CGTN) is the international division of the state-owned media organization China Central Television (CCTV), the headquarters of which is in Beijing, China.
Russia reveals evidence of U.S.-funded bio-program in Ukraine
Russian defense ministry spokesperson said on Sunday that evidence of a U.S.-financed military biological program developed in Ukraine has been revealed during Russia's special operation on Ukraine. The spokesperson Igor Konashenkov said, "In the course of the special military operation, evidence of the Kyiv regime's hasty measures to conceal any traces of the military biological program, financed by the U.S. Department of Defense in Ukraine, has been revealed." Konashenkov pointed out that the employees of Ukrainian bio laboratories had provided information that especially hazardous pathogens: plague, anthrax, cholera, tularemia and other lethal diseases infecting agents had been urgently destroyed following the beginning of Russia's special military operation in Ukraine on February 24. The defense ministry further informed that the results of the analysis of the documents will be shared in the near future Source
Here is the US State Department: 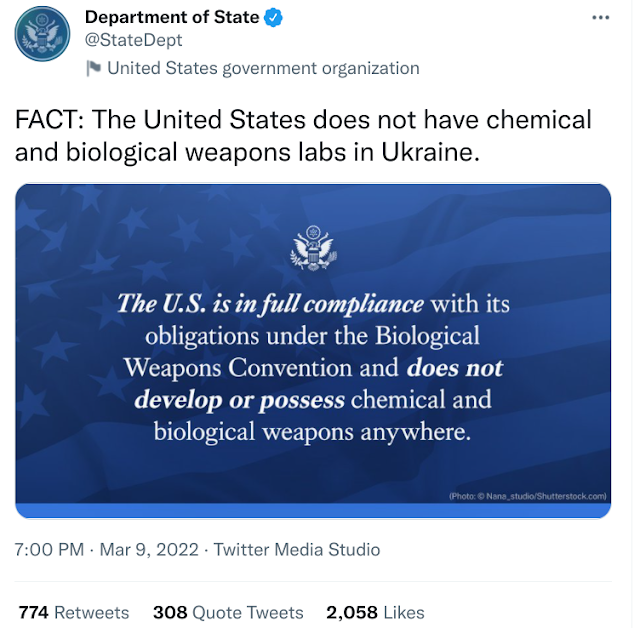 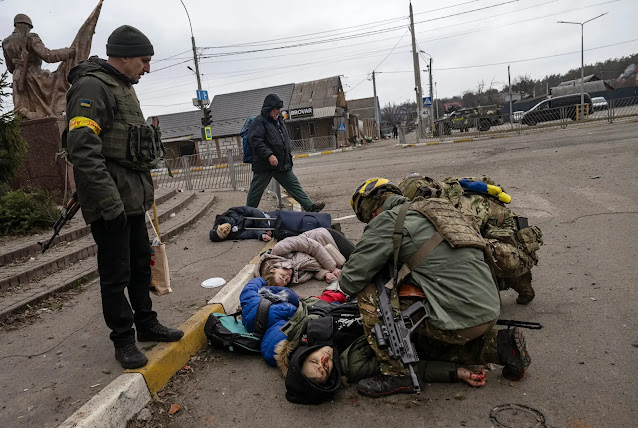