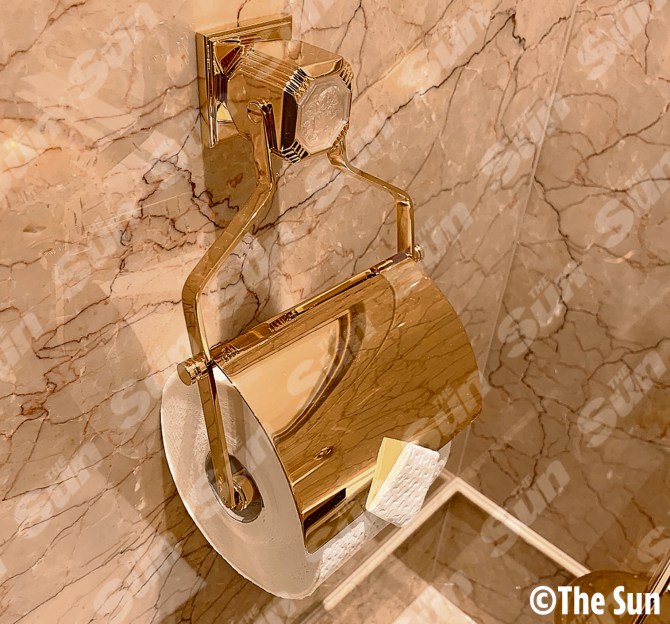 Putin's 24K Gold Plated Toilet Paper Holder On His $1 Billion Dollar Superyacht
Pretty sure the Great Monarch will not own 24K Gold plated toilet paper holder let alone a Billion Dollar Superyacht..
Another example of the Putin worship by those of the FSSP camp.
This post by OldCatfish is found on the conspiracy website GLP and this GLP website is a fan of FSSP RAD TRAD Ann Barnhardt...if you do a search for "Barnhardt" on GLP you will find this:
Search Results Messages with a subject matching "barnhardt" (63 found)
63 posts from April 2011
Barnhardt gems such as these;
OldCatfish has GLP friend by the name of MostHolyFace....which is a reference to the Holy Face devotion that several RTF members are promoting...So who is this GLP member MostHolyFace?
I do know that there are several RTF fans on GLP. So if you wanna know the mindset of FSSP Putin lovers have a look see on GLP.
Here is OldCatfish on Putin as the Great Monarch....
"I have suspected for some time that Putin was the Great Monarch, given his rise to power from obscurity and the fact that he pretty much singlehandedly restored Orthodox Russia in spirit and in stature to where she was just prior the 1917 overthrow of Christian Russia by the same forces who overthrew Kiev in 2014 and have been demonizing Putin for decades. The Great Monarch is prophesied to singlehandedly oppose the forces of the Antichrist NWO for a period of time, leading in to the ultimate defeat of the entire NWO system. But what convinced me beyond a reasonable doubt that Putin is indeed the Great Monarch, was something that happened recently at his speech where it was reported that he is now walking with a pronounced limp: [link to www.express.co.uk (secure)] This "limp" is a defining trait of the Great Monarch. Here are the relevent prophcies relating to the limp as well as the Great Monarch in general and where he will ultimately "give up the ghost": Rudolph Gekner (17th Century): "His sword will be moved by Divine power." Old Saxon prophecy: "He will come from the Fleur-de-Lis..." (Old German prophecy): "He will be lame afoot..." (Nostradamus, 16th Century): "...Prince's foot impeded..." (Anne-Catherine Emmerich, 19th Century): "God touched the sinew of his hip. He was in great pain and from that day on, he walked with a limp..." Cataldu: "He will at length lay down his Crown in Jerusalem." Mentz (19th Century) "He shall be in command of seven kinds of soldiers against three in the region of the Birch-trees." Source