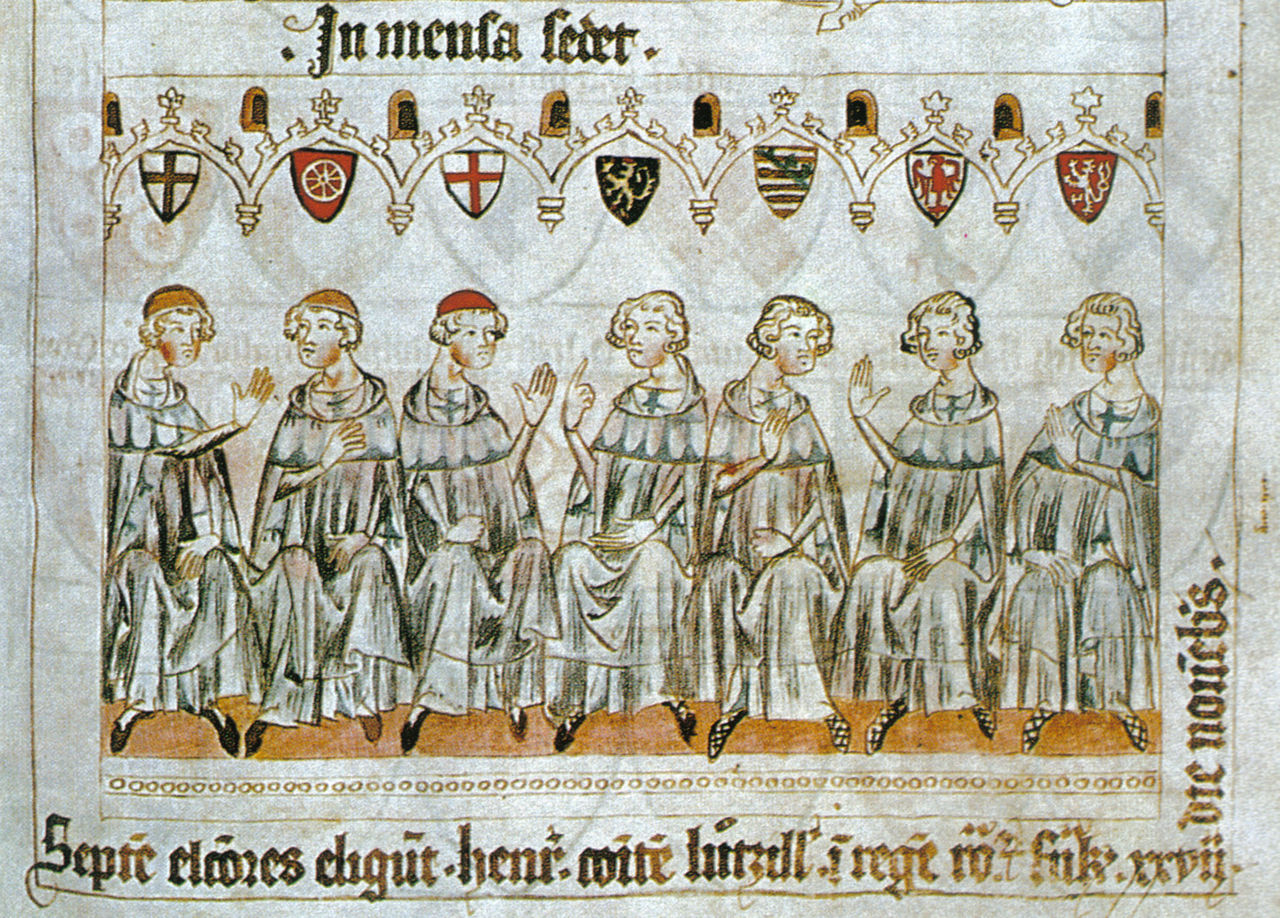 Three Ecclesiastical Electors:
The Archbishop of Mainz:  Peter Kohlgraf
The Archbishop of Trier: Stephan Ackermann
The Archbishop of Cologne: Rainer Maria Woelki
Four secular Electors:
The King of Bohemia
The Count Palatine of the Rhine
The Duke of Saxony
The Margrave of Brandenburg
German Cardinal Woelki submits resignation to Pope Francis for 2nd time
Cologne, Germany, Mar 2, 2022 / 02:34 am (CNA). Cardinal Rainer Maria Woelki has submitted his resignation for a second time to Pope Francis as leader of Germany’s Catholic archdiocese of Cologne. The archdiocese announced the cardinal’s move on March 2, Ash Wednesday, the day that he returned to lead the archdiocese after a period of “prayer and reflection,” reported CNA Deutsch, CNA’s German-language news partner. The Cologne archdiocese, which is Germany’s largest and reportedly also its richest diocese, said that the pope had instructed the 65-year-old cardinal to resume his ministry on Wednesday, pending a decision on his resignation. Woelki began his sabbatical at the end of September 2021 “at his own request,” after he was confirmed in office by Pope Francis, who had ordered an apostolic visitation amid fierce criticism of the archdiocese’s handling of abuse cases. In a Lenten pastoral letter published on Wednesday, Woelki said: “Certainly, I realize that the situation has not become any easier since October last year. A time-out in itself does not solve any problems.” Any reconciliation could “only be contemplated, attempted and concretely undertaken in cooperation,” not by taking time out from each other, the cardinal added. In January 2019, the Cologne archdiocese commissioned the law firm Westpfahl Spilker Wastl to examine relevant personnel files from 1975 onwards to determine “which personal, systemic or structural deficits were responsible in the past for incidents of sexual abuse being covered up or not being punished consistently.” After lawyers advising the archdiocese raised concerns about “methodological deficiencies” in the study, Woelki commissioned Cologne-based criminal law expert Professor Björn Gercke to write a new report. The 800-page Gercke Report was published in March 2021. It covered the period from 1975 to 2018 and examined 236 files in detail with the aim of identifying failures and violations of the law, as well as those responsible for them. Following the apostolic visitation, the Vatican said on Sept. 24, 2021, that the pope had asked the cardinal to continue leading the archdiocese in western Germany after a period of leave. It explained that an investigation had found no evidence that Woelki acted unlawfully in relation to abuse cases. “Nevertheless, Cardinal Woelki has also made major mistakes in his approach to the issue of coming to terms with abuse overall, especially at the level of communication,” it said. “This has contributed significantly to a crisis of confidence in the archdiocese that has disturbed many of the faithful.” Source