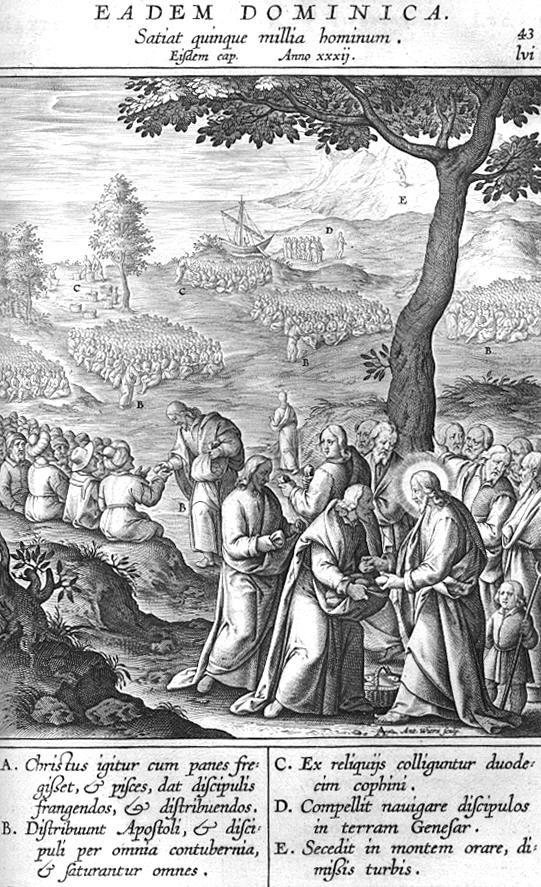 We may as well think he went into the wilderness to try the people whether they were so confident in him as they should be, and finding them so confident as to continue with him three days not minding their corporal food through the sweetness and delight they took in their spiritual food of his doctrine & conversation, he did this miracle of multiplication of bread, saying of them in their commendation unto the disciples. Behold these people have followed me three days and if I should dismiss them without food, they would faint by the way, behold how their confidence enforced Christ even to feed them with a miracle, as indeed, the miracle fed their souls no less then the bread did their bodies.

There he gave them water to drink out of a Rock and Manna from heaven for food, to confirm them in this point; those that trusted in him, he brought them into the land of promise: those that murmured, perished in the wilderness, and were slain, with serpents, and other means, and of this Saint Paul left us this lesson. Be not murmurers, saith he, & diffident as some of them were, & were destroyed for it and those that be diffident in the providence of God, he saith the wrath of God id upon them: for parents are as much displeased with diffidence, as pleased with confidence of their children, and so is God.