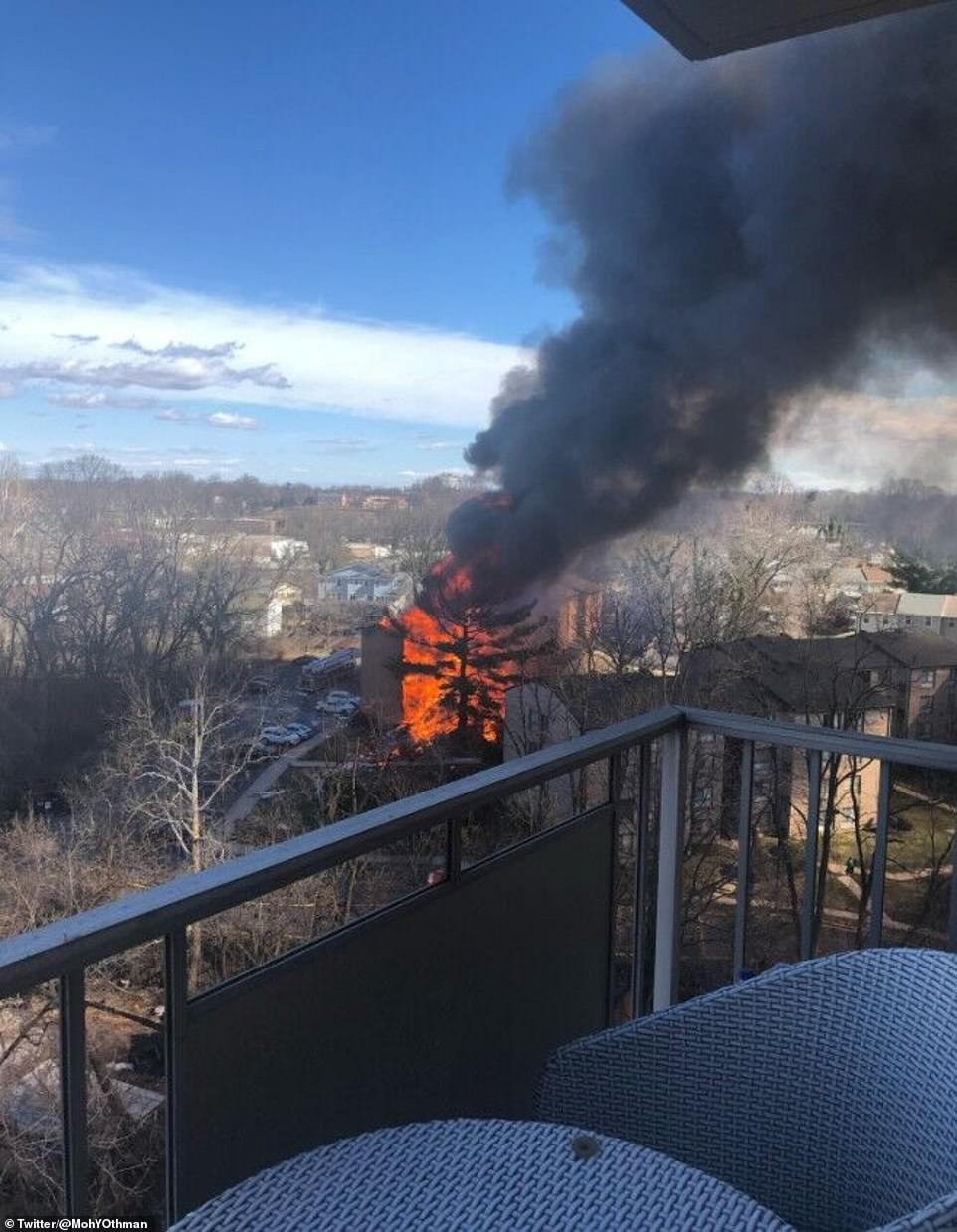 Oh and the arrest later that same day of two men by the Secret Service in Georgetown about a half an hour away from the explosion.....noon day devil....

Multiple people are still unaccounted for after huge explosion destroyed four-story suburban DC apartment block before engulfing it in flames leaving 10 injured - three of them critically
Multiple people remained unaccounted for Thursday afternoon, hours after a four-story apartment building collapsed outside of Washington D.C. and injured 10 people, three of whom are critically-ill. Fire Chief Scott Goldstein, of the Montgomery County Fire and Rescue Service, announced in a news conference on Thursday afternoon that 'several' residents were unaccounted for after fire officials conducted a second sweep of the Friendly Garden Apartment complex in Silver Spring, Maryland. He said he couldn't say exactly how many, as the situation remains 'in flux.' The fire was first reported at the apartment complex at around 10.30am, after an explosion tore through one of the buildings, with video posted online showing a fireball and cloud of smoke pushing through the outer wall of the structure as rumble sounds echoed. Parts of the building could be seen collapsing before a chorus of screams could be heard, and a cloud of gray debris enveloped the area.
A huge fire then ensued. Officials have said at least 12 to 18 of the apartments completely collapsed in the explosion at around 10.30am, and the building was deemed 'unsafe to occupy.' Goldstein would not specify how many people remained unaccounted for Thursday afternoon, saying the number is 'still in flux,' but said: 'Our goal is to remain here until everyone is accounted for.' Authorities believe about 70 people live in the building, mostly senior citizens, FOX Baltimore reports, with Goldstein saying they believe a total of 100 people were displaced from the apartment building as well as the ones adjacent to it. At least 10 people were injured in the explosion, Goldstein said, three of whom had 'serious injuries.' Others declined medical attention. So Young Pak, director of media relations for Washington Hospital Center, told WUSA9 that three patients were treated at the MedStar Washington Burn Center, but did not provide an update on their conditions. Fire officials are now planning to bring in heavy machinery to tear 'large parts of the building down' that are considered 'fall hazards' so they can 'safely' continue their search for victims. The cause of the fire, meanwhile, remains under investigation, although some residents reported smelling gasoline before the fire erupted. Goldstein said there were no prior calls about gasoline issues. 'It is too early for me to say what initiated this,' he said. 'We are working through a wide range of concerns and possibilities, and focus is on life safety at this time.' Source 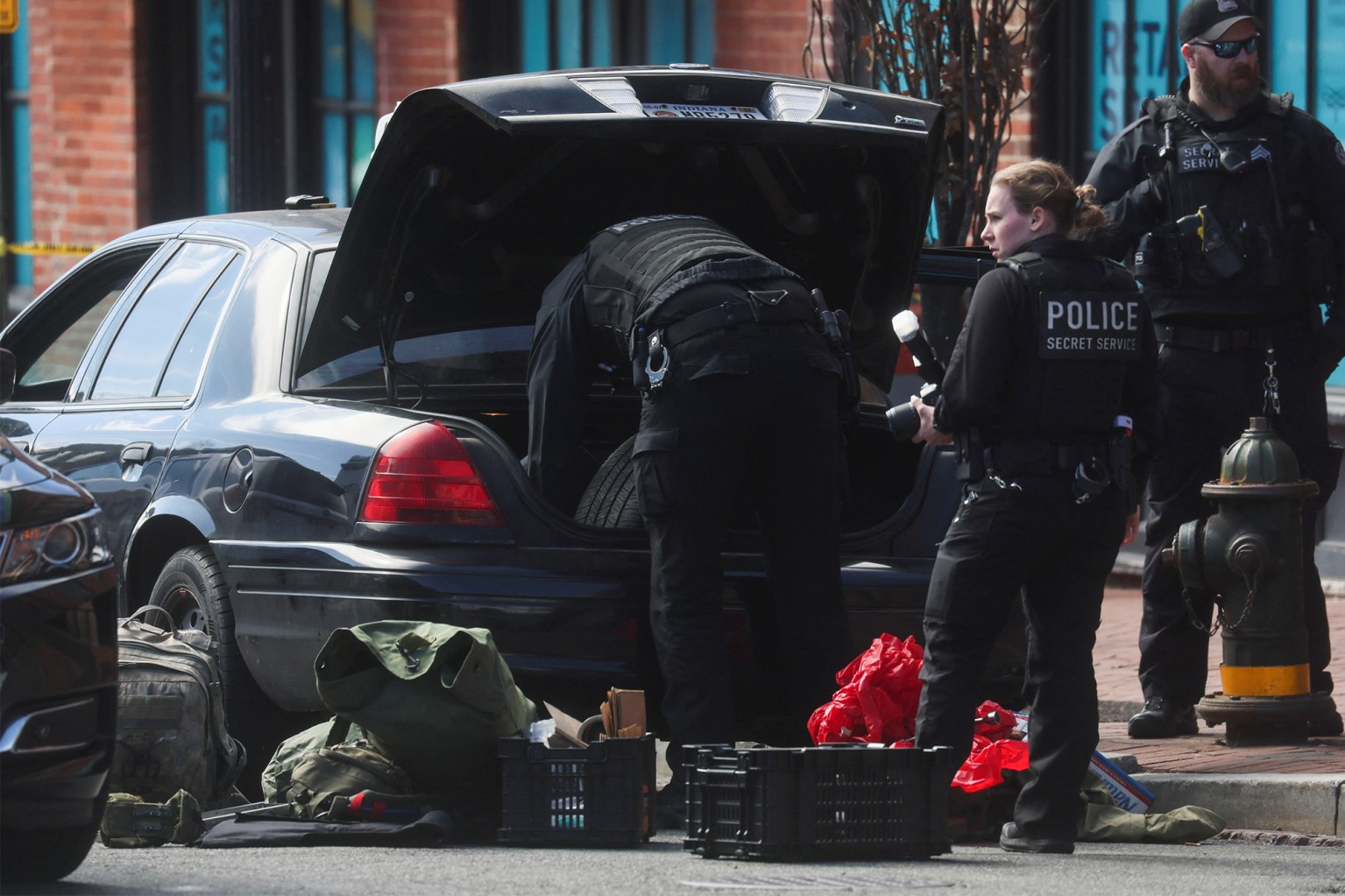 Secret Service arrests two men in DC’s Georgetown neighborhood
Secret Service agents arrested two men in Washington, DC, Thursday on weapons charges after appearing to remove an assault-style rifle from their car, according to a report. The men were cuffed by authorities in the Georgetown neighborhood Thursday afternoon and taken into custody. They apparently had body armor in their car, which has Marine Corps veteran plates from Indiana, according to a Reuters reporter who witnessed the bust. The Secret Service confirmed the two men were arrested on firearms charges after displaying suspicious behavior in the tony DC neighborhood. The Secret Service has yet to comment on the incident in the tony DC neighborhood, and video reviewed by Reuters shows police removing multiple army green military-style bags from the men’s black Ford sedan. Source 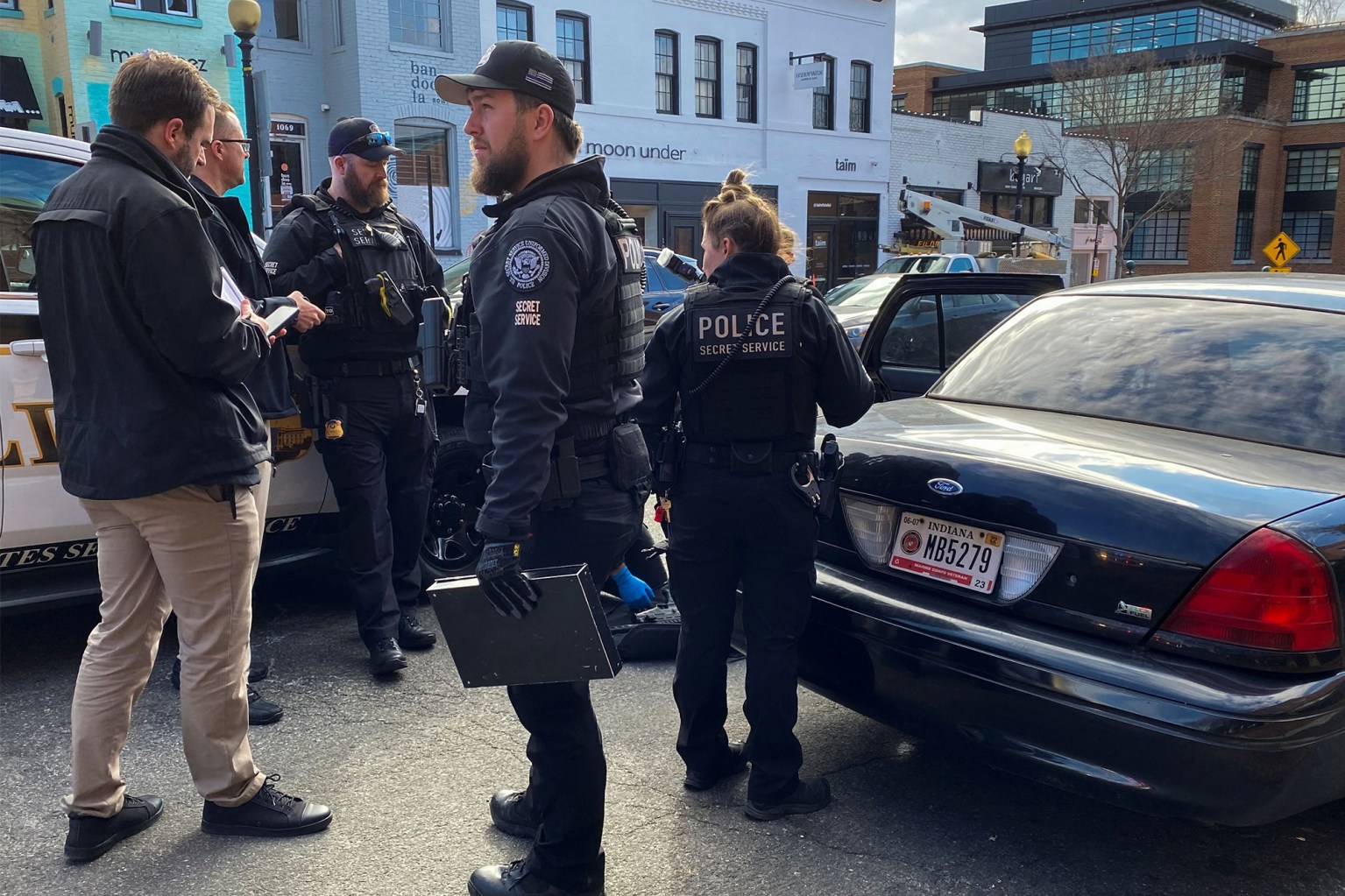