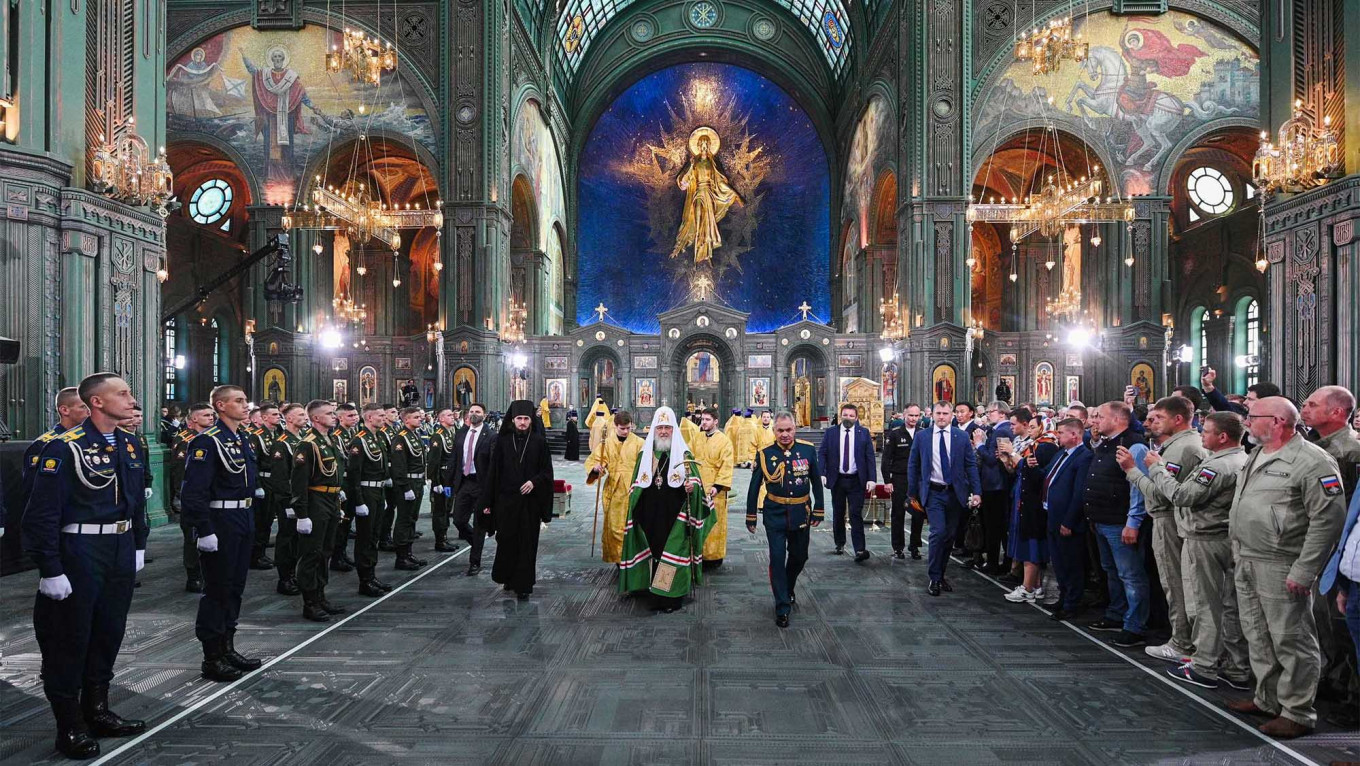 FORERUNNER TO THE ANTICHRIST NATIONALISM
“A forerunner of the Antichrist, with his troops gathered from several nations, will fight against the true Christ, the only Saviour of the world. He will shed much blood and will want to annihilate the worship of God to make himself be looked upon as a God. Our Lady of La Salette 19 Sept. 1846 (Published by Mélanie 1879)
FSSP NATIONALISM
“Evil books will be abundant on earth and the sprits of darkness will spread everywhere a universal slackening of all that concerns the service of God. They will have great power over Nature: there will be churches built to serve these spirits. People will be transported from one place to another by these evil spirits, even priests, for they will not have been guided by the good spirit of the Gospel which is a spirit of humility, charity and zeal for the glory of God. Our Lady of La Salette 19 Sept. 1846 (Published by Mélanie 1879)
ARCHBISHOP CARLO MARIA VIGANO NATIONALISM
May the curate of my Son, Pope Pius IX never leave Rome again after 1859; may he, however, be steadfast and noble, may he fight with the weapons of faith and love. I will be at his side. May he be on his guard against Napoleon: he is two-faced, and when he wishes to make himself Pope as well as Emperor, God will soon draw back from him. He is the master-mind who, always wanting to ascend further, will fall on the sword he wished to use to force his people to be raised up. Our Lady of La Salette 19 Sept. 1846 (Published by Mélanie 1879)
Really? What's the difference between Rad Trad Nationalism and Putin's brand of Religious Nationalism?
Both camps carry guns on their person when they attend Mass....
Nationalism plus Guns and more Guns is why FSSP Rad Trads are prone to worship Putin.....and one day these same FSSP Rad Trads will worship the Forerunner to the Antichrist.
As an aside...I wonder how many Americans and Hungarians and Austrians fought along side the Russians in the Ukraine in March - helping the Russians murder innocent Ukrainian civilians...(oh I have an idea - but must wait for the War Crime Tribunal Court to open up the records and press charges)...I can think of a couple of Russian Tanks that opened fire on Ukrainian Civilians. When in a tank it is the best way to hide your identity while you murder innocent civilians....
'some chose to fight because they enjoyed killing.....about 10 percent to 15 percent are sociopaths, people who go there (Ukraine) just because they want to kill. They are bloodthirsty, they are not just adrenalin junkies,' Christo Grozev, executive director of the Bellingcat investigative website
No Shit.
Same murderous mentality will present when the Forerunner to the Antichrist and his men murder the Fatima Pope and Faithful on top a steep Mountain some day.

The Christian nationalism behind Putin’s war
In October 2015, Russia’s newly launched military intervention in defense of embattled Syrian President Bashar al-Assad received a clerical blessing. Patriarch Kirill, the powerful leader of the Russian Orthodox Church and a close ally of President Vladimir Putin, declared the operation “a responsible decision to use military forces to protect the Syrian people from the woes brought on by the tyranny of terrorists.”
The main spokesman for Kirill’s church went even further: “The fight with terrorism is a holy battle and today our country is perhaps the most active force in the world fighting it,” said the head of the church’s public affairs department, Vsevolod Chaplin, in a quote reported by Interfax news agency.
Seven years later, Kirill and his loyal clergy now deliver sermons about their country’s role in another righteous, holy battle. It doesn’t matter that many Ukrainians weathering the brunt of the Russian war machine are Kirill’s co-congregants — there are some 12,000 parishes in Ukraine subject to the church in Moscow. As Russia embarks on a new large-scale offensive in the east of the country, Kirill has articulated little concern about the millions of Ukrainian lives hanging in the balance.
Instead, the head of the Russian Orthodox Church has sounded the same sort of ominous and profoundly ideological rhetoric as Putin. He cast the fight as a religious and national drama, an existential battle of good and evil, a clash between Russo-Slavic tradition, values and unity and the corrupting foreign influences festering at Russia’s border.
"We have entered into a struggle that has not a physical, but a metaphysical significance,” the patriarch said in a sermon on March 6.
Kirill went on, claiming God was on Russia’s side and expanding his critique of Western liberalism: “Today there is a test for the loyalty to this new world order, a kind of pass to that ‘happy’ world, the world of excess consumption, the world of false ‘freedom,’ ” he said. “Do you know what this test is? The test is very simple and at the same time terrible — it is the gay pride parade.”
You may be wondering what LGBT rights have to do with the bloody war in Ukraine. But Kirill has long framed Russian geopolitical challenges in these terms, as the conflict between a conservative, culturally virtuous Russia and a debauched, immoral West. His messaging has undergirded the more secular positions of the Kremlin, helped shape Putin’s own post-Soviet nationalist project and now adds a gloss of legitimacy to a stumbling Russian war effort.
“Any war has to have guns and ideas,” Cyril Hovorun, professor of ecclesiology, international relations and ecumenism at University College Stockholm, told my colleagues. “In this war, the Kremlin has provided the guns, and I believe the church is providing the ideas.”
As my colleague Jeanne Whalen outlined, Kirill is in particular credited with propagating the doctrine known as "Russkiy mir,” or “Russian world.” It invokes a vision of Russia, Belarus and Ukraine as one nation united by a shared founding history of settlement by Volga Vikings and the 10th century conversion to Orthodox Christianity. Much of that hallowed history, it so happens, took place in locations that are in Ukraine. 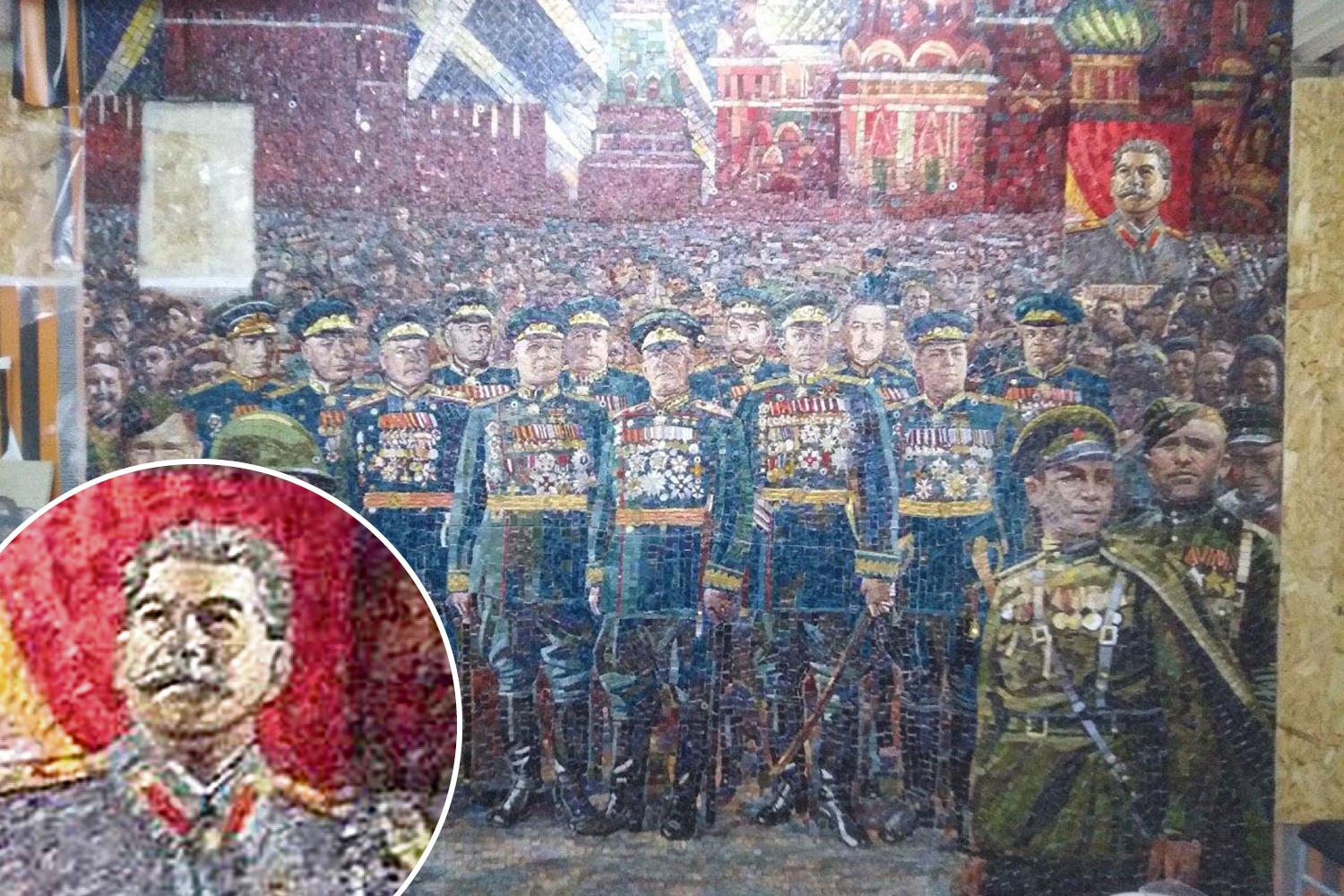 “To some ears, this dogma might sound peaceful and inclusive, but critics say Russia is using it to reassert dominance over territory it controlled during the Russian Empire and Soviet Union,” Whalen explained. “Putin has embraced the doctrine in recent speeches, claiming that Ukraine has never really existed as a separate state and has historically belonged to lands led by Russia. Historians say that is flat-out wrong.”
How Putin is weaponizing ‘traditional values’ to defend Russian aggression in Ukraine Kirill has explicitly urged Russians to back their government. As Putin’s rule entered an all-the-more repressive phase in recent weeks, the patriarch called for public support for the Kremlin so it can “repel its enemies, both external and internal.” There are already reports of Russian priests losing their jobs after delivering sermons calling for an end to the war and Ukrainian suffering.
So-called “anti-imperialist” leftists in the West often value Putin’s Russia as a counterweight to Washington’s designs as a global hegemon. But the illiberal religiosity underlying the autocrat’s strongman rule has also made Putin a somewhat popular figure among American evangelicals and the religious right.
Hundreds of Orthodox priests in Ukraine and elsewhere, though, are less impressed. More than 320 signed a letter last week accusing Kirill of “heresy” for his warmongering and demanding he be brought before an ecclesiastical tribunal to be deposed.
“Kirill committed moral crimes by blessing the war against Ukraine and fully supporting the aggressive actions of Russian troops on the Ukrainian territory,” they wrote. “It is impossible for us to remain in any form of canonical submission to the Patriarch of Moscow." (The political tensions between Russia and Ukraine had already led to a split within the latter’s Orthodox community, with some congregations no longer associating themselves with the Moscow patriarchate.)
And counterparts elsewhere have made Kirill aware of their disquiet, too. In a video call last month with Kirill, Pope Francis warned against the use of the Christian cross to justify an invasion and war — Kirill recently presented an icon to a Russian commander in charge of a number of divisions fighting in Ukraine.
“Once upon a time there was also talk in our churches of holy war or just war,” the pope is reported to have told Kirill last month. “Today we cannot speak like this.” Source