+IHS PASSION OF OUR LORD: The 25 Meditation of the Crowning of Our Lord. 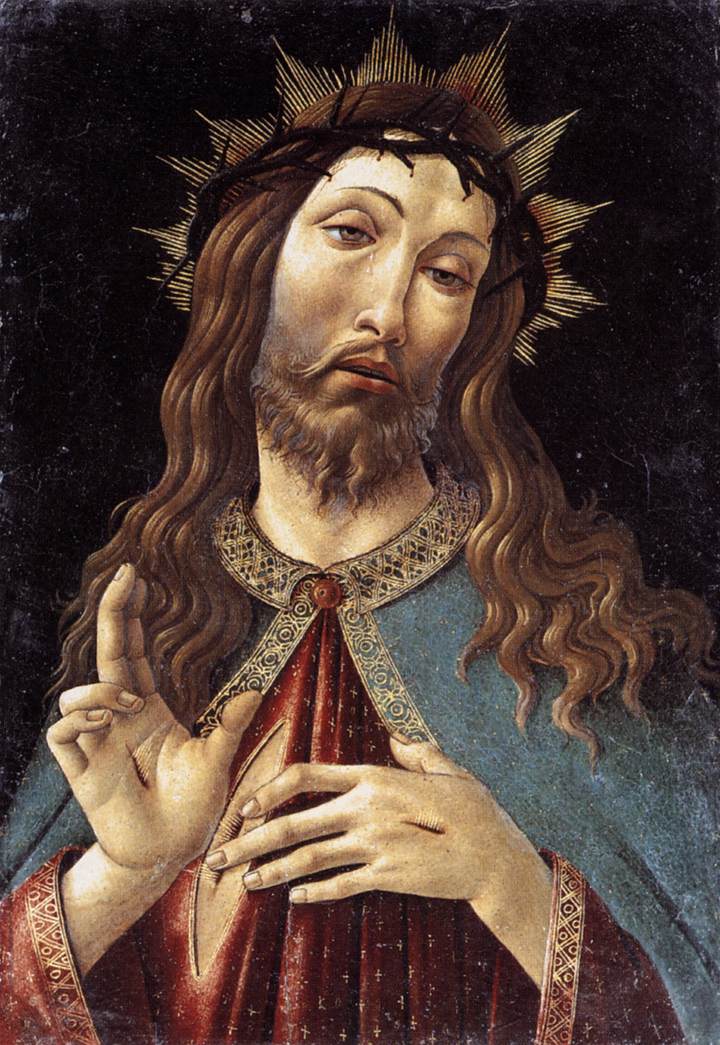 And they came unto him, and bending their knee, they adored, and mocked him, and they began to salute him, saying: Hail King of the Jews.


Consider first four other kind of irrisions: First (They came unto him) as servants use to come unto their King, asking him in dockage, if he wanted anything. Whom thou doest imitate, being a Christian only in name, and indeed a bonds lave unto the Devil, confessing Christ in words, but in thy deeds denying him. Secondly they adored (bending their knee) or as Saint Mark saith (their knees) none of them bending both their knees, but every man one. His adoration is fraudulent that kneelth on the ground with one knee, and holds the other upright, upon which his body may rest. Whom thou dost imitate, when in thy outward gesture thou adorest God, & in thy mind thou followest pride, lust, and other vices. 3. (They mocked him) divers ways, as their wanton wickedness did provoke them. He is mocked upon earth, whose Majesty the Angels in heaven adore. But yet, because God cannot be mocked, do thou show thyself before him with all submission & purity of heart. 4. (They saluted him, saying, hail King of the Jews) an excellent speech, wherewith thou also maist salute the King of those Jews, which acknowledge their sins & sing praises unto God. Blessed art thou if thou hast a King, by whom thou maist be sweetly governed in this world, & after this life be made partaker of his Kingdom.

Consider 2. that Christ by seeing and hearing those ignominies, did cure all posterity from the Serpents hissing into the ears of Eve, and from the vanity of her eyes, through the curiosity whereof she infected our eyes. Pray our Lord to convert all these to the profit of thy soul.