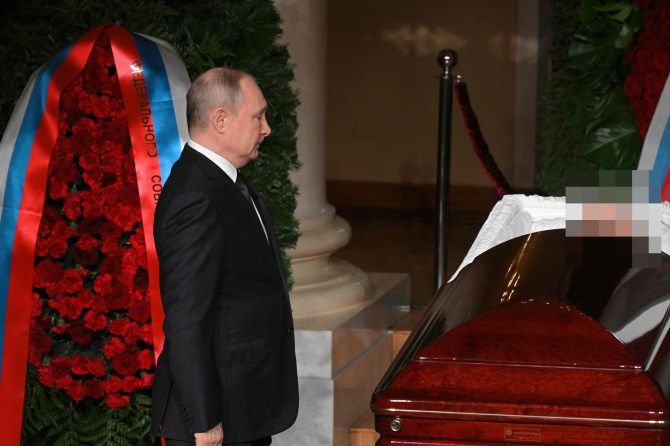 GOING NUCLEAR Chilling moment Putin is pictured with ‘Russia’s secret nuclear briefcase’ at funeral – amid fears of World War 3
PARANOID Vladimir Putin was seen attending a Moscow funeral today surrounded by military guards carrying Russia's 'secret nuclear briefcase'. The Russian president arrived at Christ the Saviour Cathedral in Moscow, to pay his respects to firebrand ultra-nationalist Vladimir Zhirinovsky.Putin, dressed in black, made the sign of the cross in front of Zhirinovsky's open casket as the political leader and his close ally was laid to rest. He is believed to have fallen ill with Covid before being hospitalised - despite boasting eight Covid jabs. The visible presence of a top military officer carrying the launch apparatus for the Kremlin’s strategic missiles is thought to be a chilling sign that warmongering Putin could deploy devastating nuclear weapons. The images come seven weeks after the leader put his nuke weapons on alert after lashing out at the NATO alliance over what he claimed were 'aggressive' sanctions. Source 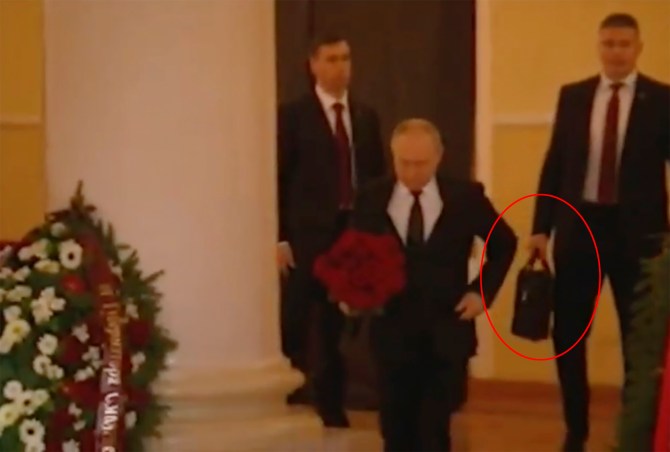