Good Morning Everybody! It's May 1st And We Still Have TWO POPES! ~ Signed Mélanie 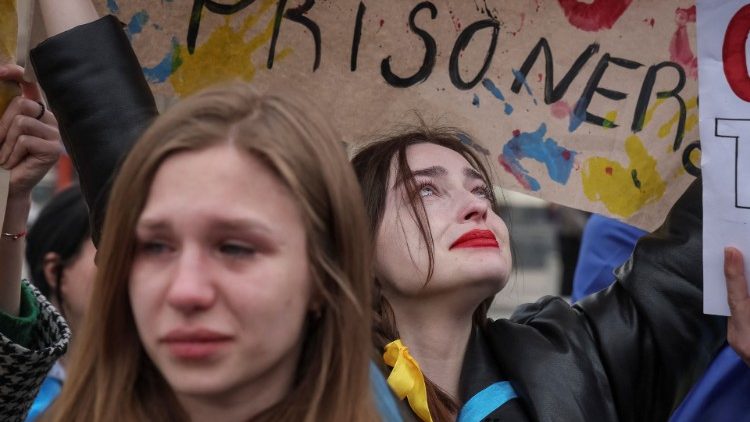 Pope "grieves" for suffering people of Ukraine, appeals for prayers
After leading the recitation of the Regina Coeli prayer on Sunday, Pope Francis recalled the suffering people of Ukraine, inviting all the faithful, in this month dedicated to the Mother of God, to pray every day a Rosary for peace. He said his thoughts "go immediately to the Ukrainian city of Mariupol, "City of Mary", "barbarously bombed and destroyed." He renewed his call for "safe humanitarian corridors" to be established for people trapped in the city's steelworks complex. “I suffer and weep, thinking of the suffering of the Ukrainian people and in particular of the weakest, the elderly and children. There are even terrible reports of children being expelled and deported.” The Pope united his concern for the anguished people, wondering aloud if we really are seeking peace now as we witness "a macabre regression of humanity." He asked if there really is a will to avoid an ongoing military and verbal escalation, and if everything possible is being done to "silence the weapons." He appealed that we not give in to the logic of violence and the perverse spiral of armed conflict. “Let us take the path of dialogue and peace! Let us pray.” Source