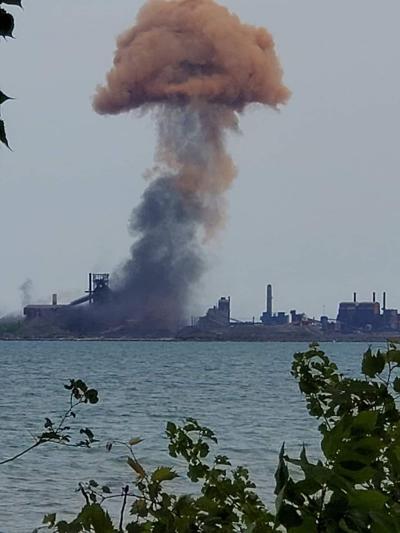 No one hurt in explosion in slag pit at Region mill, company says
EAST CHICAGO — No one was injured in a slag pit explosion early Sunday afternoon at Cleveland-Cliffs Indiana Harbor West that sent up a cloud of smoke visible from more than 20 miles away. The explosion occurred at a contractor's facility at the mill that turns slag into cement, company spokeswoman Patricia Persico said. Several small fires at the mill were put out. “No one was injured,” Persico said. “There was no damage.” The blast took place at Lafarge North America, 3210 Watling St., in the raw materials section of the sprawling mill on Lake Michigan in East Chicago's Indiana Harbor neighborhood. A cloud of dark smoke could be seen from as far away as Soldier Field in Chicago. Rain in recent days caused the explosion, she said. Slag is a highly volatile byproduct of steelmaking prone to exploding when mixed with water. "With slag, it looks and sounds worse than it is," she said. "No one was hurt." Source
Email Post