Good Morning Everybody! It's JUNE 1st And We Still Have TWO POPES! ~ Signed Mélanie 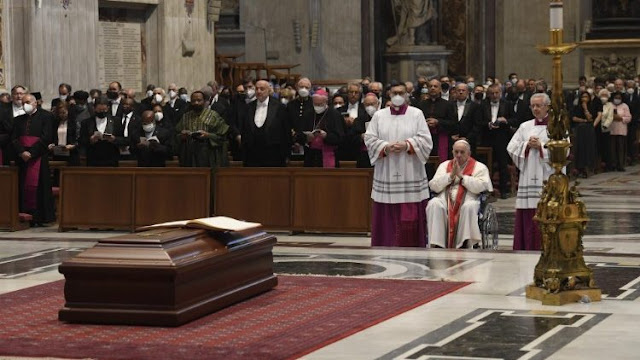 On Tuesday morning, the Church bid farewell to former Secretary of State Cardinal Angelo Sodano, at a Requiem Mass celebrated by Cardinal Giovanni Battista Re.  Pope Francis offered the final valediction at the conclusion of the liturgy, commending the soul of Cardinal Sodano to the mercy of Almighty God. Source