Hilary White In The Camp Of The Forerunner to The Antichrist: Have. Nothing. To Do. With. Bishops. 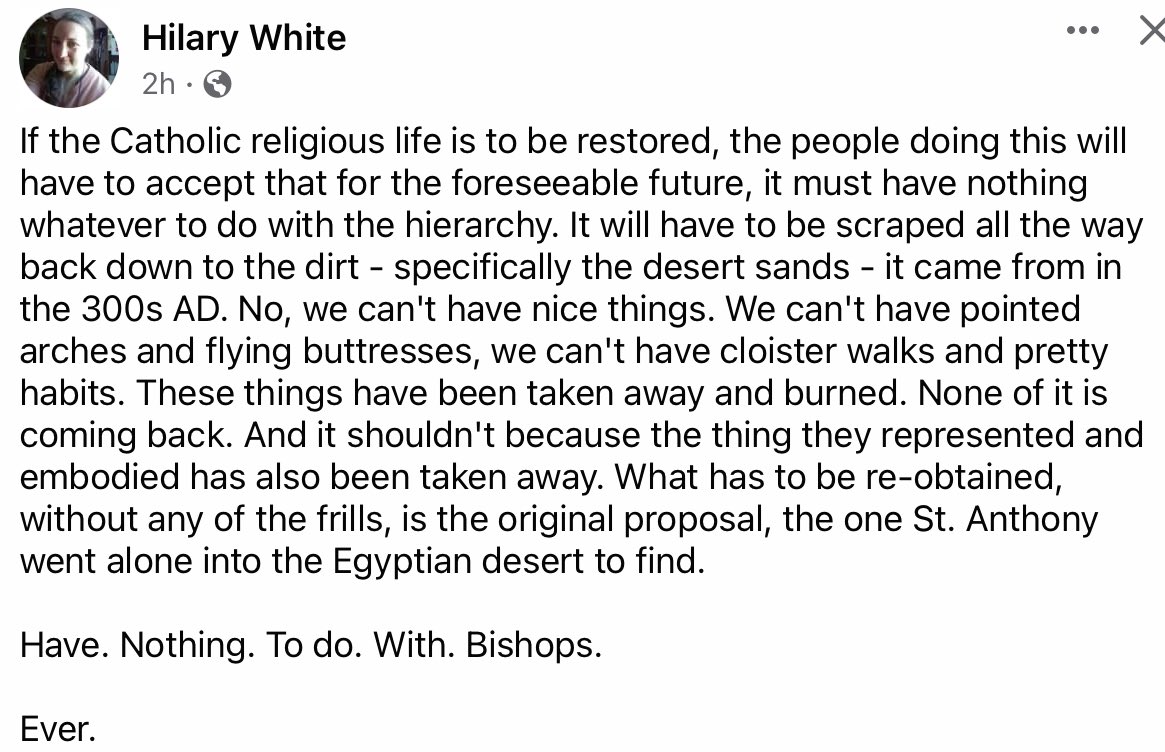