Sunday Within The Octaves Of Corpus Christi Day Which Is Accounted The Second Sunday After Pentecost The Gospel Luc.14.v.16 Friday Meditation 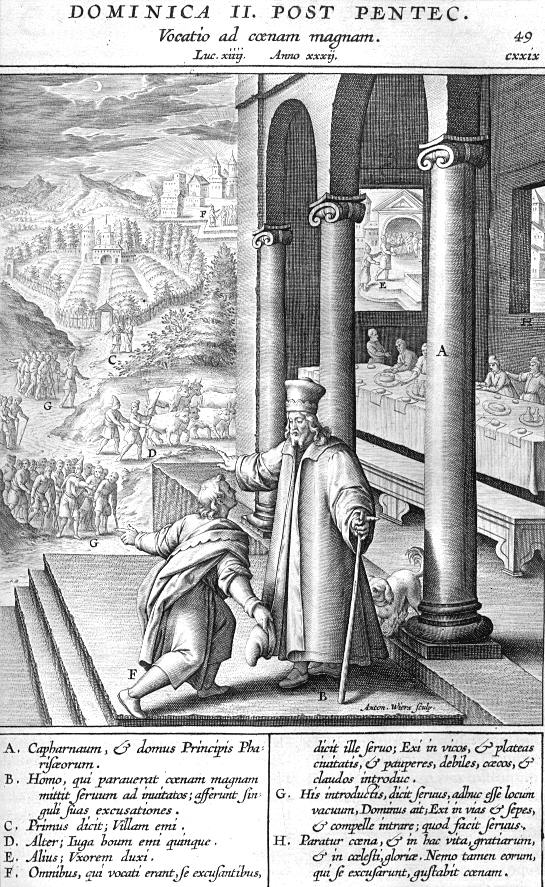 Thus we have seen what the feast of heavenly glory is as well as that of the Blessed Sacrament in the former Meditation: Now we will see who be invited to it ,and who be so foolish as to refuse to come thereunto.
A Plaine Path-way To Heaven Thomas Hill 1634