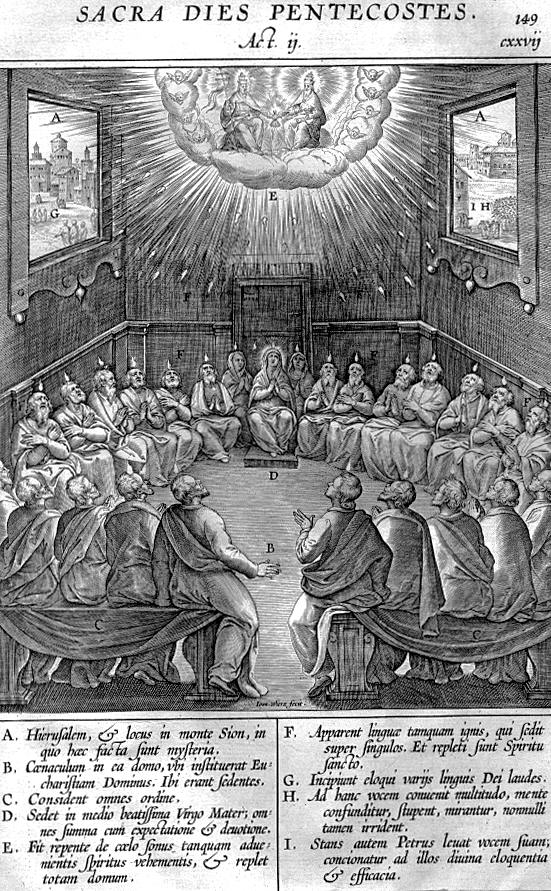 John 14:23-31
At that time, Jesus said to His disciples: If anyone love Me, he will keep My word, and My Father will love him, and We will come to him and make Our abode with him. He who does not love Me, does not keep My words. And the word that you have heard is not Mine, but the Father’s Who sent Me. These things I have spoken to you while yet dwelling with you. But the Advocate, the Holy Spirit, Whom the Father will send in My Name, He will teach you all things, and bring to your mind whatever I have said to you. Peace I leave with you, My peace I give to you; not as the world gives do I give to you. Do not let your heart be troubled, or be afraid. You have heard Me say to you, ‘I go away and I am coming to you.’ If you loved Me, you would indeed rejoice that I am going to the Father, for the Father is greater than I. And now I have told you before it comes to pass, that when it has come to pass you may believe. I will no longer speak much with you, for the prince of the world is coming an in Me he has nothing. But he comes that the world may know that I love the Father, and that I do as the Father has commanded Me.
Wednesday Meditation