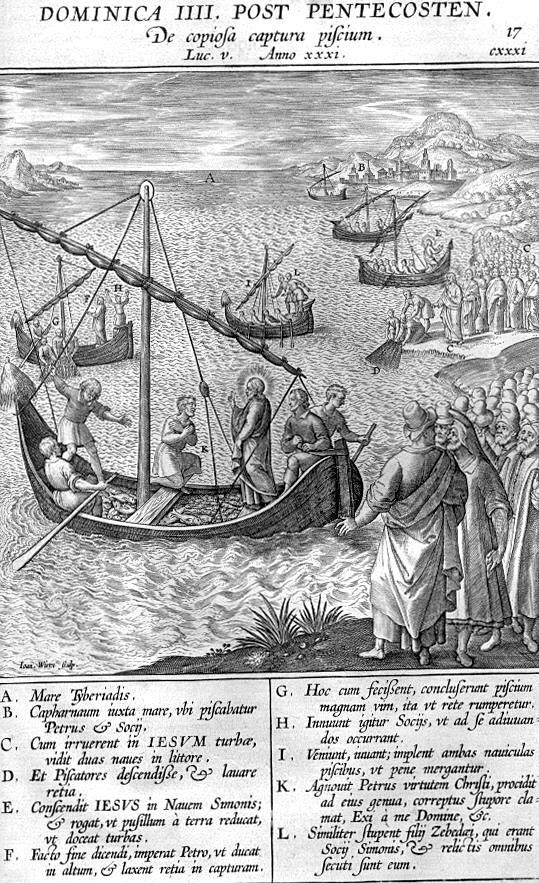 That Church or congregation which is Catholic, that is to say,universally spread throughout all the world,or most parts of the world, and hath so continued in a visible show and practice of Christian religion,from age to age, ever since it was preached and promulgated to the world by the Apostles,of Christ, is Peters ship, which Christ promised should never fail,and that the holy Ghost should direct it into all truth, unto the end of the world, and which St Paul calleth the pillar of truth. All other Religions.contrary or dissonant to that, (there being but one true Church, as St. Paul testify,and one true faith) are ships or Churches of other men who are the authors thereof, but Christ preacheth only n the ship of St. Peter, that is to say, the true doctrine and faith of Christ is only in the Catholic Church which,therefore is called (holy) all other doctrine contrary or dissonant from this,is false ,and as pernicious to hear, ass the other is profitable and good.
A Plaine Path-way To Heaven Thomas Hill 1634