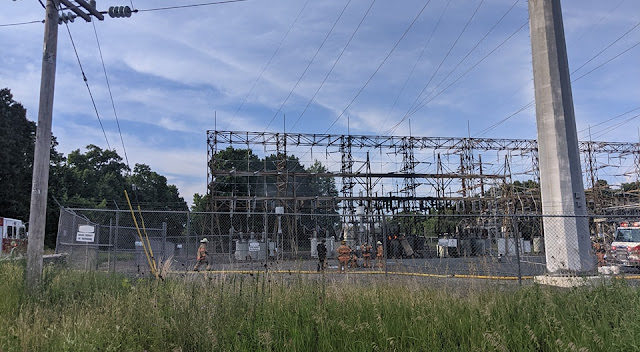 Substation explosion knocks out power to 11K in Rensselaer County
EAST GREENBUSH — What town police described as an explosion at a substation off Forrest Pointe Drive on Sunday knocked out power on a humid evening to more than 11,000 people in Rensselaer County.East Greenbush police said in a public service alert that National Grid crews and fire departments were on the scene, and that there were no injuries as a result of the explosion. Pictures from the scene Sunday did not show flames, only water being shot on the station.National Grid's outage map showed the majority of customers in the city of Rensselaer, more than 3,500 out of 4,441, had power out Sunday evening, as well as more than 6,400 customers in East Greenbush. Source
Email Post