Twenty Second Summer Explosion: All lanes of I-5 SB open after truck blast led to huge traffic jam in Seattle 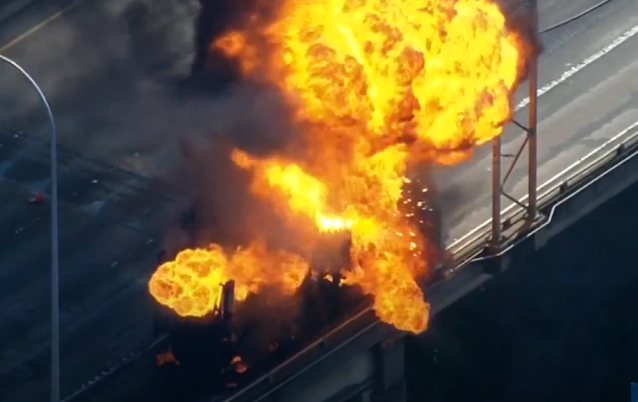 SEATTLE — State transportation crews have reopened all southbound lanes of Interstate 5 in Seattle Thursday evening after a vehicle carrying liquid oxygen caught fire and exploded, snarling traffic for motorists through the midday and afternoon commute. No injuries were reported during the incident, which resulted in the closure of both north- and southbound lanes near downtown Seattle for over an hour. People who live near the crash scene said they could feel the blasts through the walls of their homes. "It became clear that those were in fact explosions. just a very deep sound as well as my door right here was rattling. the whole house was shaking a bit," said Brian Boylan, who lives on a hillside overlooking I-5. Source
Email Post