Muslim Serial Killer On The Loose In Albuquerque: Fourth Muslim Gunned Down 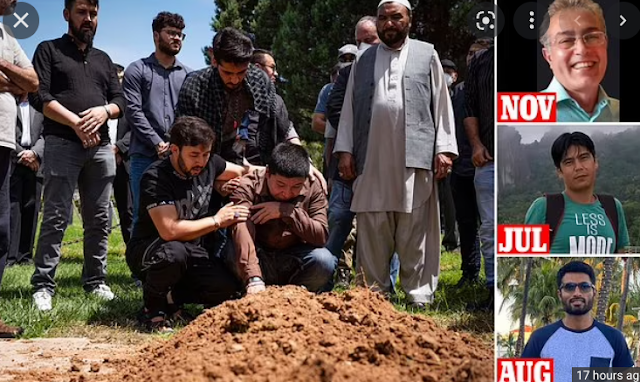 Fears serial killer targeting Muslims has struck AGAIN: Fourth Muslim man is gunned down in Albuquerque as community leaders say 'we fear for the safety of our children and our families'
Albuquerque police said another Muslim man was murdered on Saturday following the murder of three others in New Mexico over the last year as the FBI investigates the possibility of a serial killer on the loose. Albuquerque Police Chief Harold Medina said the murder of the latest victim, who was not yet identified, is believed to be related to the three fatal shooting that have taken place within a five-mile radius of each other in the last nine months. The newest murder of a Muslim man, which coincided with another shooting in the area, happened just after midnight in the east side of the city near near San Mateo Boulevard and Copper Avenue NE. 'Our city suffered another tragic loss overnight. Another young man who was part of the Muslim community was murdered,' Medina said during a news conference on Saturday. 'As with the previous three murders mentioned Thursday, there is reason to believe that this death is related to those shootings.' Describing the murders as 'disturbing,' Medina said he was been in constant contact with the FBI and leaders of the local Muslim community to investigate the shootings. Medina said officers are working overtime to patrol Muslim neighborhoods and keeping police present at all times while the investigation is on going. Ahmad Assed, the president of Islamic Center of New Mexico, also spoke at the conference to condemn the string of murders against Muslim men. Source
Email Post