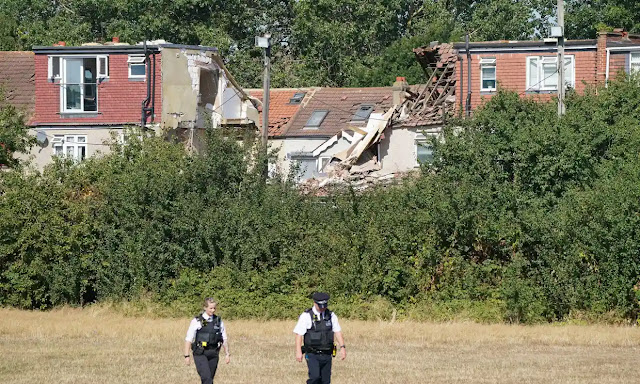 Terrace house collapses in Croydon after explosion
A house has collapsed amid a fire and explosion in Croydon. Firefighters were called to the scene at Galpin’s Road in Thornton Heath shortly after 7am on Monday. London fire brigade (LFB) said the cause of the fire and explosion was not known. Six fire engines and about 40 firefighters were sent to the scene where a terrace house had collapsed. LFB said it had taken 13 calls about the incident since 7.08am. Fire crews from Norbury, Mitcham, West Norwood, Woodside and surrounding fire stations were sent to the scene. Source
Email Post