Twenty Ninth Summer Explosion: Spalding Man Found Dead In Another One Of Those UK House 'Explosions' 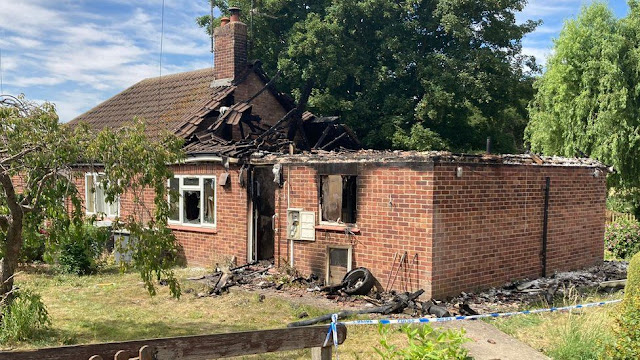 Spalding: Man found dead in house 'explosion'
A man's body has been found at the scene of a house fire following an "explosion", police say. Emergency services were called to Farrow Road in Spalding, Lincolnshire, at about 01:00 BST on Sunday. Lincolnshire Police said a member of the public received burns while attempting to reach the man. The force added the property had sustained major damage and said the dead man's next of kin had been informed. "The cause of the fire is under investigation, and we are keeping an open mind as experts from Lincolnshire Fire and Rescue Service investigate," a police spokesperson said. "We would encourage people not to speculate while we investigate the cause." Source
Speculate? No, of course not - its gas
Email Post