FSSP Ann Barnhardt: This Is The New Prime Minister Of Italy. If She Is Sincere, The Freemasons, Sodomites And Antichurch (But I Repeat Myself…) Will Try To Kill Her. 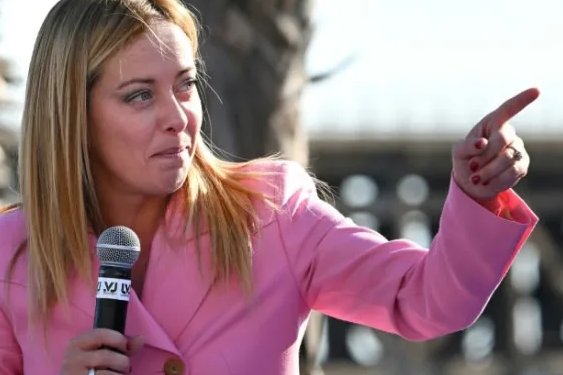 “Italy will be punished for her ambition in wanting to shake off the yoke of the Lord of Lords. And so she will be left to fight a war; blood will flow on all sides. Churches will be locked up or desecrated. Priests and religious orders will be hunted down, and made to die a cruel death. Several will abandon the faith, and a great number of priests and members of religious orders will break away from the true religion; among these people there will even be bishops. Our Lady of La Salette 19 Sept. 1846 (Published by Mélanie 1879)
“France, Italy, Spain, and England will be at war. Blood will flow in the streets. Frenchman will fight Frenchman, Italian will fight Italian. A general war will follow which will be appalling. For a time, God will cease to remember France and Italy because the Gospel of Jesus Christ has been forgotten. The wicked will make use of all their evil ways. Men will kill each other; massacre each other even in their homes. Our Lady of La Salette 19 Sept. 1846 (Published by Mélanie 1879)
"During the time of the approach of the punishments announced at La Salette,an unlimited amount of false revelations will arise from hell like a swarm of flies; a last attempt of Satan to choke and destroy the belief in the true revelations by false ones." Marie Julie Jahenny of La Faudais (d.1891)

The new Prime Minister of Italy.

FSSP Fr Jackson's Spiritual Daughter Ann Barnhardt jumps on the Nationalist Giorgia Meloni Band Wagon see here: This Is The New Prime Minister Of Italy. If She Is Sincere, The Freemasons, Sodomites And Antichurch (But I Repeat Myself…) Will Try To Kill Her.
Giorgia Meloni  is a possible figure found in Message of La Salette. This one is unnamed. But her actions are clear:
1. wanting to shake off the yoke of the Lord of Lords.
What does this mean? Giorgia Meloni  waging war on Pope Francis.
The other two figures identified in the Message of La Salette are:
1. Archbishop Vigano is the two faced Napoleon
2. Baron Alexander von Tschugguel is the Forerunner to the Antichrist
What to look for?
Both Vigano &  von Tschugguel photo op with Giorgia Meloni and a Tweet or two from  von Tschugguel on his support for  Giorgia Meloni and Vigano's love letters to Giorgia.

Will post Vigano's love letter to Giorgia soon......
This is all I got for now. More to come - I. am. sure.
ARCHBISHOP VIGANO IS THE TWO FACE NAPOLEON: