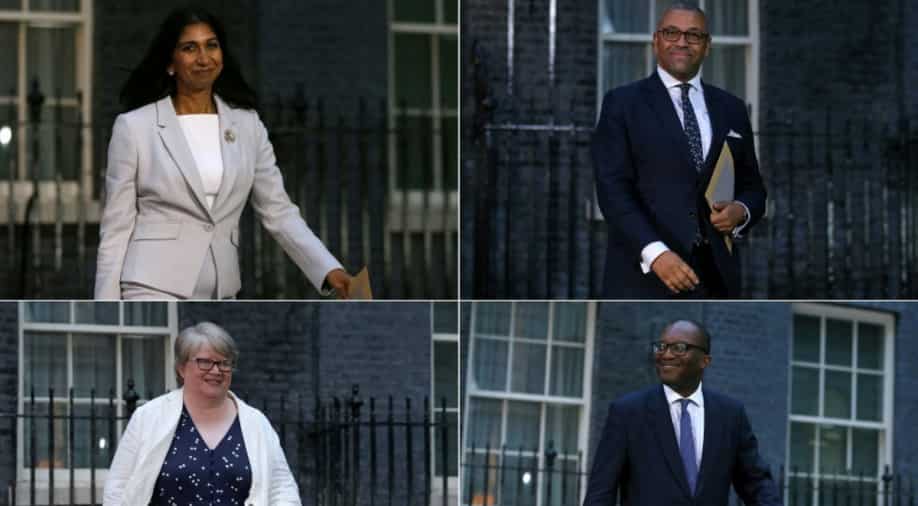 LOL!
44 Days Ago.....
Liz Truss' Cabinet is Britain’s first without a white man in one of the top jobs
The new British Prime Minister Liz Truss has selected a Cabinet in which for the first time a white man will not hold one of the country’s four most important ministerial positions. Truss appointed Kwasi Kwarteng — whose parents came from Ghana in the 1960s — as Britain’s first Black finance minister, while James Cleverly is the first Black foreign minister. Cleverly, whose mother hails from Sierra Leone and whose father is white, has in the past spoken about being bullied as a biracial child and has said the party needs to do more to attract Black voters. Suella Braverman, whose parents came to Britain from Kenya and Mauritius six decades ago, succeeds Priti Patel as the second ethnic minority home secretary, or interior minister, where she will be responsible for police and immigration. The growing diversity is in part thanks to a push by the Conservative Party in recent years to put forward a more varied set of candidates for Parliament.British governments have until a few decades ago been made up of mostly white men. It took until 2002 for Britain to appoint its first ethnic minority Cabinet minister when Paul Boateng was appointed chief secretary to the Treasury. Rishi Sunak, whose parents came from India, was Kwarteng’s predecessor in the finance job and the runner-up to Truss in the leadership context. “Politics has set the pace. We now treat it as normal, this diversity,” said Sunder Katwala, director of nonpartisan think tank British Future, which focuses on migration and identity. “The pace of change is extraordinary.” Source
44 Days Later...... 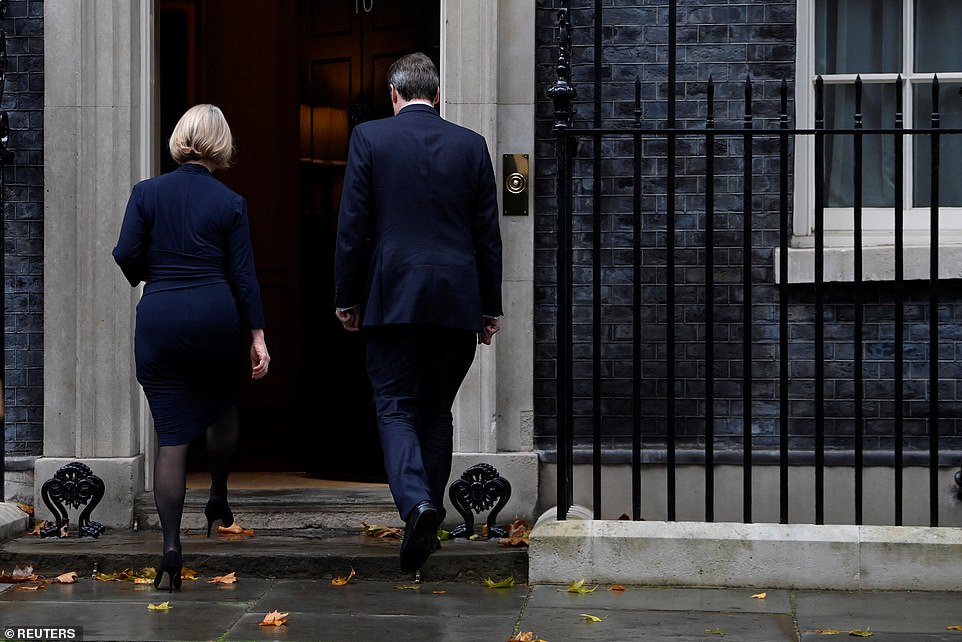 Truss QUITS after just 44 days in No10: PM admits defeat after crisis talks with Tory chiefs over flood of MP no-confidence letters - with a replacement to be chosen in a WEEK as Boris Johnson and Rishi Sunak prepare to 'battle for the soul of the party'
Liz Truss dramatically admitted defeat and announced she is quitting as PM today with Westminster gearing up for Boris Johnson and Rishi Sunak to do 'battle for the soul' of the party. After just 44 disastrous days in No10, Ms Truss took to a lectern outside the famous black door to confirm her departure, sealing her fate as the shortest-serving premier in modern political history. Revealing she had informed the King of her decision, she said: 'I cannot deliver on the mandate.... I will remain as PM until a successor has been chosen.' Ms Truss - who insisted she was a 'fighter not a quitter' barely 24 hours ago - said the Tory leadership contest will be completed over the next week. Giving her valedictory statement, she was watched by husband Hugh. Attention immediately turns to the leadership battle - with Jeremy Hunt ruling himself out within minutes. However, there are claims that Boris Johnson - currently on holiday in the Caribbean - will bid for a shock return just six weeks after he left office. His MP supporters have been saying it is 'time to come back', but other politicians warned it would be 'f***ing madness' and said some colleagues could choose to defect if he won. 'It ended in chaos with 57 ministers resigning. He lost the confidence of the parliamentary party,' they added. Source
Email Post