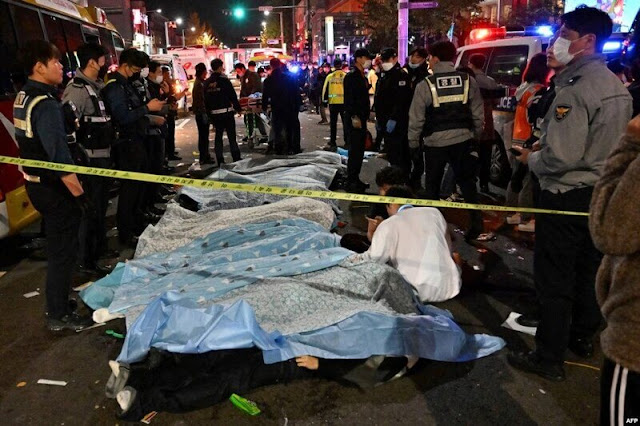 Pope Francis DOOM Novena starts anew this time in South Korea and India.
This is how Pope Francis DOOM Novena works:
1. Natural or Man-Made Disaster occurs somewhere in the world killing hundreds.
2. Pope Prays
3. A similar Natural or Man-Made Disaster occurs somewhere in the world killing hundreds.
4. Repeat
Like This:
1. 153 die in South Korea Stampede
2. Pope Prays
3. 80 Die in India Bridge Collapse
30 OCTOBER 2022
South Korea: Pope prays for people killed in crush at Halloween event
Pope Francis expresses his sorrow for the over 150 people killed at a Halloween street party in Seoul, South Korea’s capital, as the country’s Catholic Bishops call for a thorough investigation into the causes. At least 153 people are dead and another 82 are injured after being crushed and trampled at a Halloween street party in Seoul, most of whom were young people who suffocated to death. Speaking on Sunday at the Angelus prayer, Pope Francis turned his thoughts to the tragedy in the South Korean capital. “Let us pray to the Risen Lord for all those—mostly young people—who died last night in Seoul from the tragic consequences of a sudden crowd stampede.”
‘Preventable’ tragedy
Video posted to social media from Saturday night’s tragedy showed people crying out from within a crowd. A few people were seen grasping at walls, trying to lift themselves out of the crush. When some people fell, others walked over them. The disaster was not apparent at first. Loud music continued playing as bodies lay on the road. It happened in the nightclub district of Itaewon in Seoul. The victims were mostly young people. The head of the local fire department said the victims had been attending a Halloween gathering. It is unclear why the crush occurred, but eyewitnesses said there was little or no crowd control. Revellers kept arriving and pushing into streets that were already full. South Korea’s President Yoon Suk Yeol called it a “tragedy that should not have happened.” He said South Koreans will mark a week of mourning.
Bishops’ call for investigation
In a written statement, the Catholic Bishops Conference of Korea said South Koreans must “break the cycle of injustice and irresponsibility that has become a common practice in this society.” “To do that, we must first be faithful to our respective roles,” the Bishops said. “Authorities must thoroughly examine the cause and process of this tragedy, and ensure that irresponsibility and oblivion are not repeated.” The bishops added that it is important to ensure there are “no further sacrifices” from people, especially young people. “Human life and dignity are the most precious values, and nothing in our society can take precedence over it.” The death toll is the worst in South Korea since the sinking of an overloaded ferry eight years ago. In that disaster, 304 people died, many of them school children. But it led to a tightening of maritime transport regulations.  Source
30 OCTOBER 2022
At least 60 dead, many more injured after bridge collapse in India: report
More than 60 people are reportedly dead, and many others are injured after a bridge collapsed in India on Sunday. The bridge, located in the western Indian state of Gujarat, had been constructed in the 19th century. It was closed to for renovations for months up until its reopening last week, according to Reuters. The bridge extends more than 750 feet across body of water. Local officials say they brought pumps to lower the water level under the bridge to facilitate the recovery of bodies. The cause of the suspension bridge collapse remains unclear, but local media has speculated it may have been overloaded. Indian Prime Minister Narendra Modi has "asked that the situation be closely and continuously monitored and extend all possible help to those affected," his office wrote in a statement. Source
PAY ATTENTION 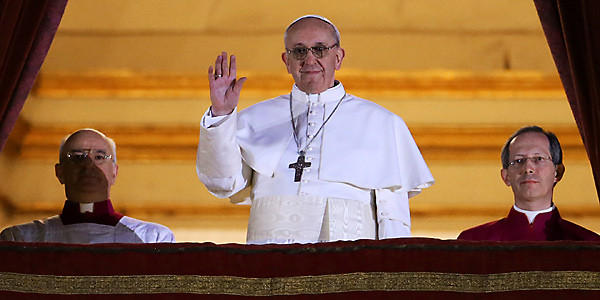