MAGA Suicide Mission: David DePape Was Doing It All For TRUMP! Planned To Kidnap Nancy! 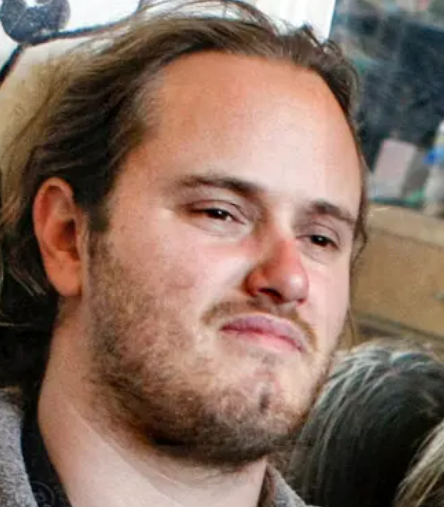 MAGATARD DOOM!
Former Nudist now a MAGA Trump supporter
REVEALED: Paul Pelosi's attacker planned a SUICIDE mission and had a list of other politicians he wanted to kill - as his former boss says he was completely awash in conspiracies: 'MAGA, Pizzagate, stolen election - all of it'
The man accused of breaking into House Speaker Nancy Pelosi's home with a hammer was on a 'suicide mission,' prosecutors said in court Tuesday, in a filing that revealed the suspect had plans to target other politicians as well. The bombshell declaration comes as more information about the attacker, Bay Area resident David DePape, continues to come to light - as he faces attempted murder charges for beating Pelosi's husband Paul to within an inch of his life. DePape, 42, appeared in court for the first time Tuesday, pleading not guilty to what officials are now claiming was a premeditated attack.His right arm strapped up in a sling, the suspect delivered the plea through a public defender while wearing a prison issue jumpsuit. The injury was said to be the result of last Friday's early morning struggle with 82-year-old Paul Pelosi, which saw DePape rain blows on the man after demanding to see his wife, who was in Washington at the time. He remains hospitalized after undergoing surgery. The jaw-dropping filing provided new and chilling details about the attack in San Francisco's affluent Pacific Heights neighborhood - including insight into DePape's belief in conspiracy theories that may have spurred him to view Pelosi as an enemy of the country. Meanwhile, a landscaper, who employed DePape in the years leading up to the attack, has revealed the suspect became involved in right-wing conspiracy theories such as QAnon and MAGA, falling into isolation and darkness. Frank Ciccarelli, a San Francisco-based carpenter who builds houses and makes furniture for a living, hired a then homeless DePape off the streets in 2016, saying at the time he looked to be a soft-spoken liberal living the lifestyle of a Bay Area hippie. Speaking to The New York Times Tuesday of his former employee: 'He really believed in the whole MAGA, 'Pizzagate,' stolen election thing. 'You know, all of it, all the way down the line,' the landscaper, who helped arrange for DePape to move into a converted garage in Richmond, said. He recalled how DePape, at the time, came off as a quiet, likeable, and a steady worker who built decks with him for six years, describing him as politically liberal. However, after falling into and out of homelessness, DePape would fall into isolation and darkness, his ex-boss said, spending more and more time online where he trolled forums rife with conspiracy theories and bigotry. Ciccarelli described how he laid witness to DePape's steady descent into right-wing extremism over the years, which he said started when DePape would turn off famously liberal radio news network NPR on morning rides on the way to jobsites. Source
Email Post