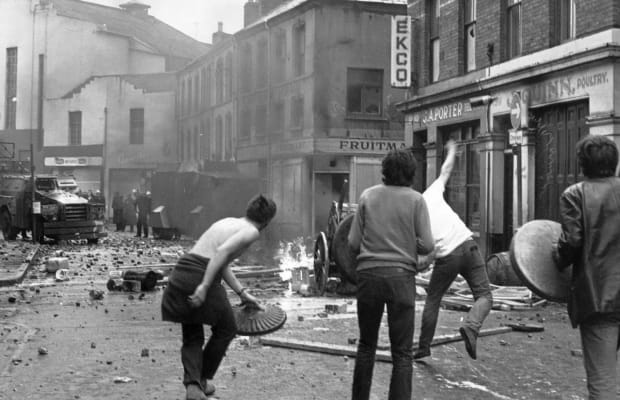 Northern Ireland Civil War in 2023?
London Riots in 2023?
Prime Minister Rishi Sunak is set to hold talks with Northern Ireland political leaders in Belfast. Mr Sunak is also to meet with businesses and communities on the second day of his visit on Friday, including a shipyard following an announcement last month by the Ministry of Defence that British-led Team Resolute is its preferred bidder for a major contract to build the next generation of Royal Navy Solid Support Ships. It will be the Prime Minister’s first visit since taking office, and is aimed at promoting the UK Government’s investment in the prosperity and future of Northern Ireland. The development came after the parties met with Northern Ireland Secretary Chris Heaton-Harris earlier on Thursday. The Prime Minister’s office described the talks as discussions on solutions to resurrect the Stormont executive. Sinn Fein vice president Michelle O’Neill said any meeting with the Prime Minister had to have a political outcome, and that she did not want “tea and sympathy”. Devolution has been in flux since February when the DUP withdrew its first minister from the ministerial executive in protest at Brexit’s Northern Ireland Protocol. Another issue that featured in the cross-party discussions in Belfast on Thursday was the continued uncertainty over when £600 Treasury-funded energy support payments will be rolled out to householders in Northern Ireland. Source