Aqua DOOM on Friday
New prefect of the CDF on Monday
Reports are that Pope Francis may appoint (as soon as Monday) German Bishop Heiner Wilmer as prefect of the CDF to replace Cardinal Ladaria. In Sept, +Wilmer voted for a German Synodal Way resolution to change Catholic doctrine on sexuality & openly lamented its failure to pass. Source 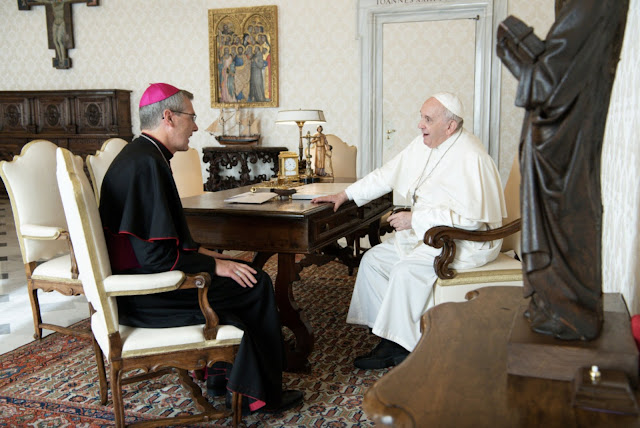