Happy Ember Saturday 2022: I Wish This Woman Was On My Side Then I Wouldn't Feel So Alone Conquering The World For Jesus Christ Crucified...... 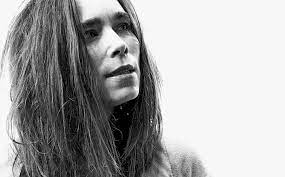 EPISTLE SATURDAY IN EMBER WEEK OF ADVENT:
And we beseech you, brethren, by the coming of our Lord Jesus Christ, and of our gathering together unto him: That you be not easily moved from your sense, nor be terrified, neither by spirit, nor by word, nor by epistle, as sent from us, as if the day of the Lord were at hand. Let no man deceive you by any means, for unless there come a revolt first, and the man of sin be revealed, the son of perdition, Who opposeth, and is lifted up above all that is called God, or that is worshipped, so that he sitteth in the temple of God, shewing himself as if he were God. Remember you not, that when I was yet with you, I told you these things? And now you know what withholdeth, that he may be revealed in his time. For the mystery of iniquity already worketh; only that he who now holdeth, do hold, until he be taken out of the way. And then that wicked one shall be revealed whom the Lord Jesus shall kill with the spirit of his mouth; and shall destroy with the brightness of his coming. 2nd Epistle Of Saint Paul To The Thessalonians 1-8
I know I should just sit back and relax...
...and wait...
By the way this actual Video was uploaded by Of Monsters And Men - Empire (Official Lyric Video) 15,884,269 views on May 15, 2015
515
Signed..
dxv515
Email Post