Alexander Tschugguel Is The Forerunner To The Antichrist: He Addresses His Brazilian Followers And Weeks Later Bolsonaro Supporters Ransack Government Buildings

Baron Alexander von Tschugguel aka Pachamama Slayer aka Forerunner to the Antichrist addresses his Brazilian followers on Twitter 8 December 2022 then Brazil loses in World Cup. Now weeks later more DOOM - Pelé dies and Bolsonaro cries and flees to Florida. And today Bolsonaro supporters storm and ransack Government Buildings. As I said before anywhere Alexander appears or sets foot all hell breaks loose.
Lula vows to punish Brazilian Congress invaders
Brazilian President Luiz Inácio Lula da Silva says perpetrators will be found and punished after supporters of Brazilian far-right ex-President Jair Bolsonaro stormed Congress. The dramatic scenes come a week after the left-wing veteran's inauguration. Supporters of Mr Bolsonaro - who refuse to accept that he lost the election - broke through police barriers in the capital, Brasília. Police used tear gas but failed to repel the demonstrators. Mr da Silva - better known as Lula - said there was "no precedent in the history of our country" for the scenes seen at Congress and at the Supreme Court. He called the violence the "acts of vandals and fascists". Protesters have smashed windows, while others reached the Senate chamber, where they jumped on to seats and used benches as slides. It is unclear if they are still in the building. Footage on social media shows protesters pulling a policeman from his horse and attacking him outside the building. Lima, a 27-year-old production engineer, said: "We need to re-establish order after this fraudulent election. "I'm here for history, for my daughters," she told the AFP news agency.
Many are drawing comparisons with the storming of the US Capitol on 6 January 2021 by supporters of Donald Trump, an ally of Mr Bolsonaro. Mr Bolsonaro's supporters are calling for military intervention and the resignation of Lula, who defeated his far-right rival in October's election. Many of them created camps in cities across Brazil, some of them outside the military barracks. That's because his most ardent supporters want the military to intervene and make good elections that they say were stolen. It looked like their movement had been curbed by Lula's inauguration - the camps in Brasilia had been dismantled and there was no disruption on the day he was sworn in. But Sunday's scenes show that those predictions were premature. Justice and Public Security Minister Flavio Dino called the invasion "an absurd attempt to impose [the protesters'] will by force". "It will not prevail," he wrote on Twitter. Leaders from Latin America have condemned the violence. Chilean President Gabriel Boric said Brazil has its "full support in the face of this cowardly and vile attack on democracy". Colombian President Gustavo Petro said "fascism has decided to stage a coup", while Mexican Foreign Minister Marcelo Ebrard said Mexico expresses "full support for President Lula's administration, elected by popular will". Lula is currently on an official trip in São Paulo state. In his inauguration speech, he vowed to rebuild a country in "terrible ruins". He decried the policies of his predecessor, who went to the US to avoid the handover ceremony. Source

Brazilian soccer legend Pelé dies at 82
Sao Paulo, Brazil CNN — Pelé, the Brazilian soccer legend who won three World Cups and became the sport’s first global icon, has died at the age of 82. “Everything that we are, is thanks to you,” his daughter Kely Nascimento wrote in a post on Instagram, under an image of family members holding Pele’s hands. “We love you infinitely. Rest in peace.” Pelé was admitted to a hospital in São Paulo in late November for a respiratory infection and for complications related to colon cancer. Last week, the hospital said his health had worsened as his cancer progressed. He died on Thursday from multiple organ failure due to the progression of colon cancer, according to a statement from Albert Einstein Hospital. Source 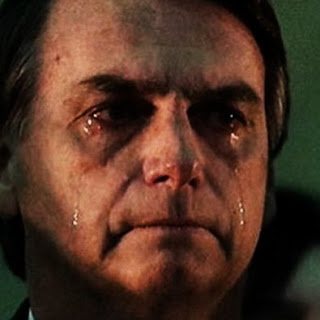 As Lula Becomes Brazil’s President, Bolsonaro Flees to Florida
Pesident Luiz Inácio Lula da Silva is expected to take the reins of the Brazilian government on Sunday in an elaborate inauguration, complete with a motorcade, music festival and hundreds of thousands of supporters filling the central esplanade of Brasília, the nation’s capital.But one key person will be missing: the departing far-right president, Jair Bolsonaro. Without him, there will be no ceremonial passing of the presidential sash on Sunday, an important symbol of the peaceful transition of power in a nation where many people still recall the 21-year military dictatorship that ended in 1985.  Instead, Mr. Bolsonaro woke up Sunday 6,000 miles away, in a rented house owned by a professional mixed-martial-arts fighter a few miles from Disney World. Facing various investigations from his time in his office, Mr. Bolsonaro flew to Orlando on Friday night and plans to stay in Florida for at least a month. Source

Remember how superstitious FSSP Rad Trads blamed COVID and all the other evils upon a dumb block of wood?

So who or what is to blame for Brazil's defeat at the World Cup?

A dumb block of wood or the manifestation of the Forerunner to the Antichrist - Baron Alexaner von Tschugguel?

Two days prior to Brazil's defeat the Forerunner to the Antichrist addressed his believers in Brazil:

#BrazilianSpring 🇧🇷
My message to the brave Brazilian people fighting for freedom and truth.
May God guide you!

Maybe this is why Brazil lost, why Pelé  died and why Bolsonaro cries and flees to Florida...
I would think that DOOM follows the Forerunner to the Antichrist wherever he goes....