Eighth Winter Explosion: Blast Erupted In IOF Base Near Jenin 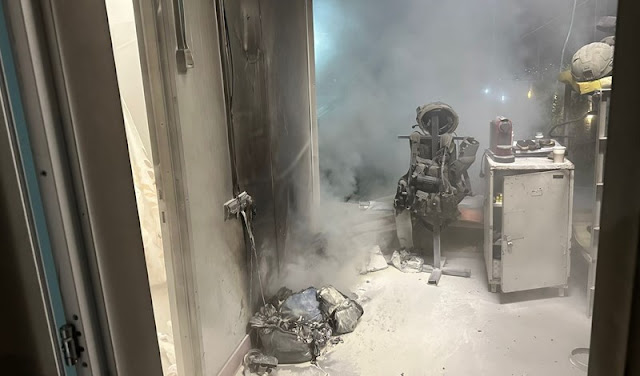 Change in policy.....
Blast erupted in IOF base near Jenin: Israeli media
The Israeli army broadcaster reports that an explosion took place at an IOF military base in the northwest of Jenin.An explosion took place in the military camp of the "Harob Patrol" in Jenin, the occupied West Bank, Israeli media reported on Monday. According to media reports, the commander of the patrol's room fell apart, though no casualties were reported. The cause of the explosion remains unknown, with no fingers pointed toward anyone yet. The Palestinian Shehab News Agency reported, citing the Israeli Army Radio, that the explosion took place in a military camp in the northern West Bank, causing the room of the commander to collapse. The radio broadcaster announced that an investigation was opened into the incident. Source