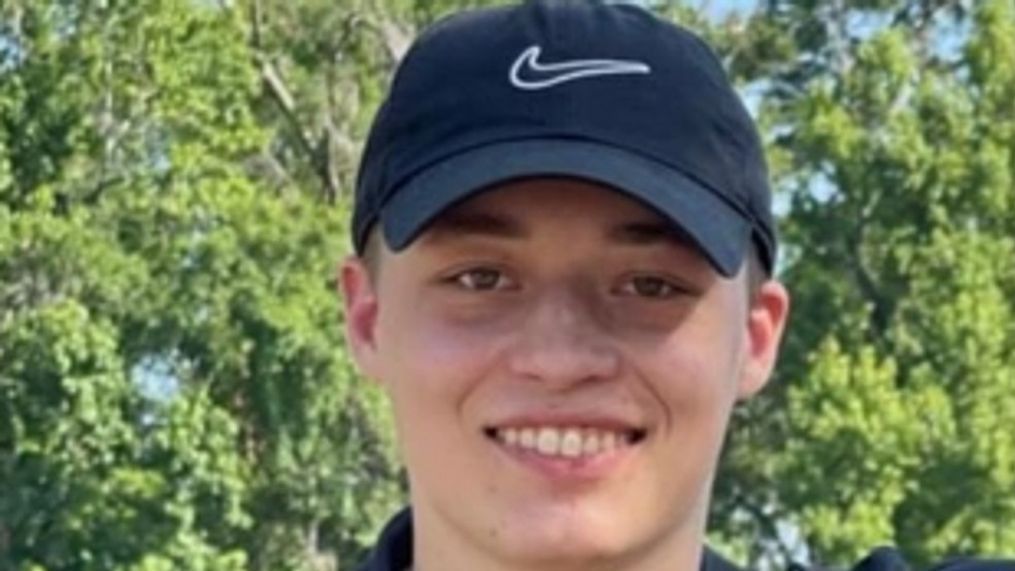 The 'All-American jihadi': Times Square 'terrorist' was typical Maine boy who loved wrestling, NFL and dreamed of being soldier... before his dad died of an overdose and he converted to Islam
Trevor Bickford appeared to be a typical, all-American teenager before he allegedly became a radicalized Muslim and slashed two cops with a machete in Times Square. The alleged Islamic extremist, 19, once made the school honor roll, won awards for his artwork and was a member of the championship football team in his hometown of Wells, Maine. But after his father died of a drug overdose in 2018, it's believed Bickford's life descended into turmoil. By the time Bickford made his way to New York City on Amtrak alone for the alleged attacks this weekend, the teen was already reportedly on the FBI's radar. He was on the Bureau's terrorism 'Guardian Watchlist,' and had told his aunt he was planning to travel to Afghanistan to fight, sources told The New York Post. On Saturday night, Bickford allegedly attacked two NYPD police officers on Eighth Avenue between 51st and 52nd Street, right outside Times Square where thousands of revelers were ringing in the new year. Another officer shot at Bickford, striking him in the shoulder. He remains hospitalized at the Bellevue and charges are pending.Bickford does not have criminal record according to a preliminary investigation, but police sources say the Bureau in Boston have an open case on him. Authorities have told NBC they were looking into whether the suspect had previously posted what they called jihadist writings online and and then traveled to New York City to target police. Photos posted to Facebook show Bickford at different times of his life, many with his two brothers Devin and Travis. Source
Email Post