John O. Brennan Is Not A Muslim Convert! He Is Just Another Product Of Vatican II & Modern Day Ecumenism 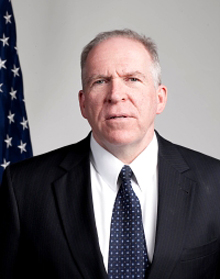 
Most right wing commentators/pundits are not spiritual men and certainly do not attend Mass on Sundays. They study politics day in and day out. Religion does not enter into the picture, these men do not have devotion to the Saints, no meditations, no vocal prayers said, novenas are not said. It's all politics.

Rumor is that John Brennan, nominee for CIA Director, is a Muslim convert. The rumor is started by former FBI agent, John Guandolo. The claim is that Brennan converted to Islam in Saudi Arabia sometime in the 90's. Brennan was the C.I.A. station chief when his supposed conversion took place.

Guandolo claims that there were witnesses to his conversion to Islam. Really? did they convert too?

There is no god but God, Muhammad is the messenger of God. (in English)

This statement is called the Shahada. A single honest recitation of the shahadah in Arabic is all that is required for one to convert to Islam.

Now even if John Brennan said this Shahada one time in Saudi Arabia back in the 90's with others present, does not make him a Muslim convert. Funny how right wing nuts hate Islam but believe in the very lies that Muslims tell about their devilish religion. Just because a bunch of sand fleas claim that all it takes to convert over to the dark side of Islam is to say a few simple words does not make it so - does it? What? The Shahada has some sort of magic power over souls? Who believes that shit?

Many of you so called "christians" on the right have always mocked the Roman Catholic Church claiming that the words of Consecration spoken by the Priest at the Altar - This is My Body - This is My Blood - have no power to change the bread and wine into the Body and Blood of Jesus Christ. But the lot of you phony "christians" claim that the words of the Shahada have some magical power over souls when spoken.  Evangelicals believe in the power of the Muslim incantation but refuse to believe the power in the words  spoken by the Roman Catholic Priest at the Altar. Tell me again why Catholics side with evangelicals?

Of course Guandolo does not name names. Guandolo swears that he will never name his sources. Claims that the witnesses to Brennan's conversion are still in government. Guandolo claims that if he names his sources, his sources will be targeted for assassination.

For those that don't know - Brennan is an Irish Catholic. He may be a non-practicing Catholic and a very weak one at that but this is because Brennan is a product of Vatican II, he is a product of ecumenism. A child of the sixties. Nothing more. He certainly is not a covert to Islam. He praised Islam publicly which is no different than Pope Benedict XVI does regularly. Praising Islam in front of a bunch of Muslims at a public conference may be a sin of flattery but it is no proof of conversion to the dark side of Islam.

"Why is he acting this way?" Because he is influenced or poisoned by Vatican II. How many Roman Catholic souls do you know that treat all religions the same? So please if a man praises a religion other than his own, it does not make him a convert to that religion - if anything it makes him a convert to Ecumenism.

Here is the fat fuck who started the rumor that Brennan is a Muslim: 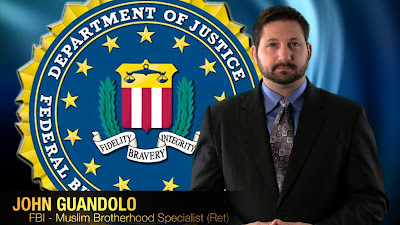 Why is Mr. Fat Fuck no longer a F.B.I. agent? 'cause Mr. Fat Fuck likes to fuck key government witnesses in corruption trial proceedings for some politician. Whoops! I guess this Italian was influenced by Vatican II as well - only by the lax sexual moral parts. But I still bet this guy hasn't been to confession since his first communion.

What to watch for:

A very bad end for Mr. Fat Fuck - by his own hand - the one holding the gun - 'cause sure as hell his other hand never held a Crucifix.

What does Mr. Fat Fuck do now? He runs a "security service"

Firearms & Security Course for Civilians
Guandolo Associates LLC offers a Basic Firearms & Security Program (2-days) as well as a 1 or 2 Day Advanced Program for Firearms and Home Defense. These programs are designed to teach participants: skills to properly and safely handle firearms; how to address threatening situations appropriately; to secure and defend their homes/property; and how to make rapid decisions under stressful conditions. Contact us for further information.