Put Down Your Guns For Lent: Haley McManus, 15, Accidentally Shoots And Kills Herself At Iowa Gun Club During Target Practice With Her Father 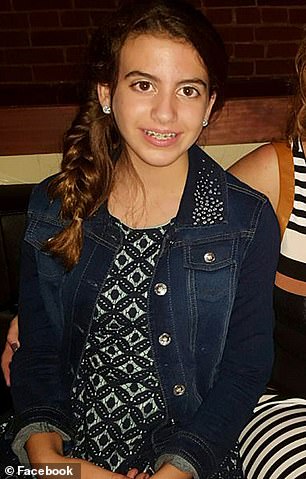 Girl, 15, accidentally shoots and kills herself at Iowa gun club during target practice with her father

A 15-year-old girl from Iowa has died after she accidentally shot herself at a gun club on an outing with her father, officials said. According to the Lee County Sheriff's Office, deputies and medics were called around 10.40am on Sunday to the Tri-State Gun Club outside Montrose, a community about 80 miles south of Iowa City. The emergency crews found Haley Elizabeth McManus suffering from a single gunshot wound. The girl was taken to Fort Madison Community Hospital and was later transferred to the University of Iowa Hospitals and Clinic where she succumbed to her injuries. Sheriff Stacy Weber said on Monday that Haley was accompanied by her father and that both were target shooting. Source
Email Post