FOURTH SUNDAY OF LENT: In What The Miracle Of The Five Loaves Did Figure The Eucharist


GOSPEL (John 6:1-15)
At that time, After these things Jesus went over the sea of Galilee, which is that of Tiberias. And a great multitude followed him, because they saw the miracles which he did on them that were diseased. Jesus therefore went up into a mountain: and there he sat with his disciples. Now the pasch, the festival day of the Jews, was near at hand. When Jesus therefore had lifted up his eyes and seen that a very great multitude cometh to him, he said to Philip: "Whence shall we buy bread, that these may eat?" And this he said to try him: for he himself knew what he would do.Philip answered him: "Two hundred pennyworth of bread is not sufficient for them that every one may take a little." One of his disciples, Andrew, the brother of Simon Peter, saith to him: "There is a boy here that hath five barley loaves and two fishes. But what are these among so many?" Then Jesus said: "Make the men sit down." Now, there was much grass in the place. The men therefore sat down, in number about five thousand. And Jesus took the loaves: and when he had given thanks, he distributed to them that were set down. In like manner also of the fishes, as much as they would. And when they were filled, he said to his disciples: "Gather up the fragments that remain, lest they be lost." They gathered up therefore and filled twelve baskets with the fragments of the five barley loaves which remained over and above to them that had eaten. Now those men, when they had seen what a miracle Jesus had done, said: "This is of a truth the prophet that is to come into the world." Jesus therefore, when he knew that they would come to take him by force and make him king, fled again into the mountains, himself alone. 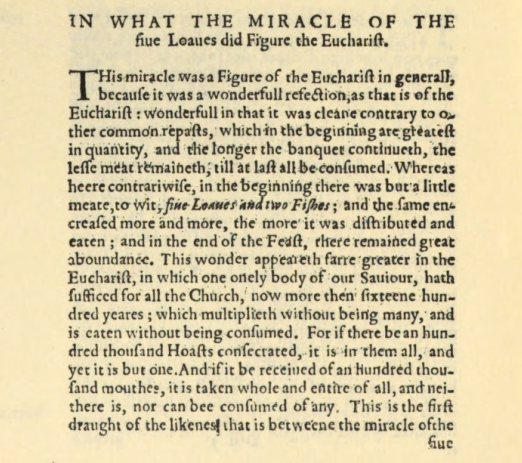 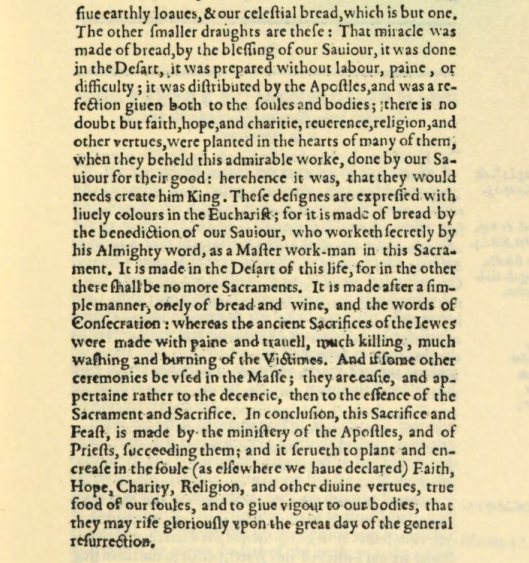