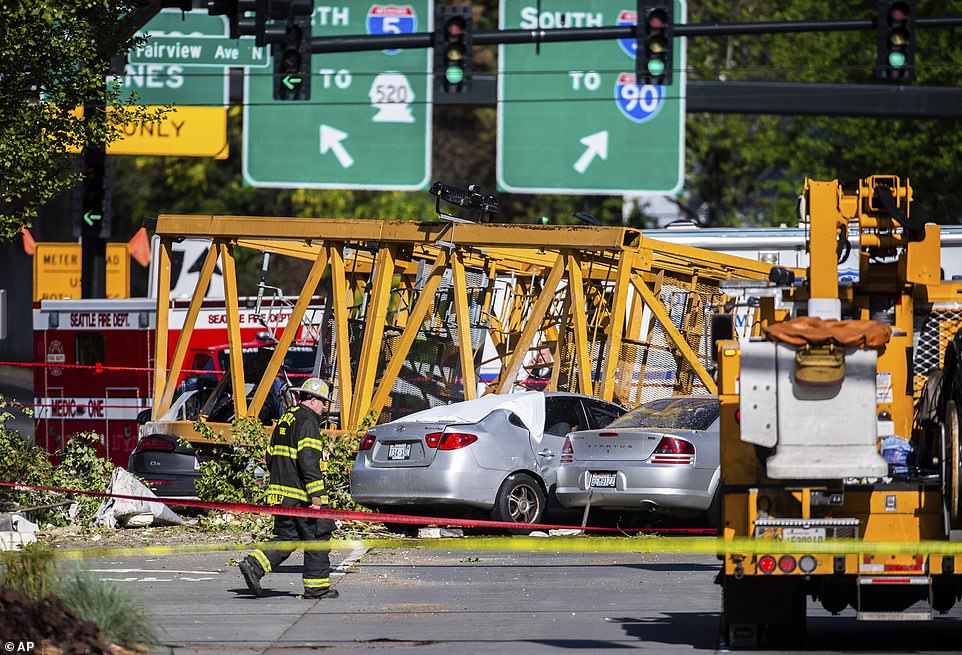 A construction crane on top of an under-construction Google building in downtown Seattle has collapsed killing four people on Saturday. The crane at the South Lake Union project collapsed on Mercer Street near Interstate 5 shortly before 3.30pm and crushed six cars below, according to the Seattle Fire Department. Three men and one woman had died when firefighters reached the scene. It's unclear what caused the crane to collapse. Fire Chief Harold Scoggins said two victims who died were crane operators and the other two people had been inside separate cars below. Source