I Pray For The Destruction Of The Airline Industry During Sunday Mass: Aeroflot Superjet 100 EXPLODED In Flames At Moscow’s Sheremetyevo Airport 13 DEAD! 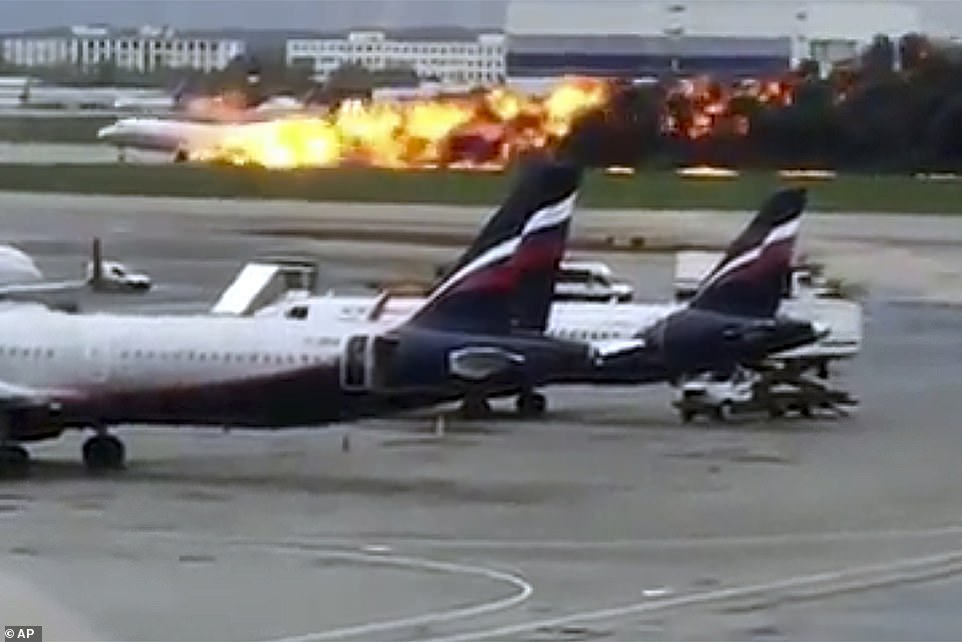 Aeroflot Superjet 100 suffered electric failure and loss of comms due to a LIGHTNING STRIKE soon after takeoff. Source

At least thirteen people were killed when a Russian plane exploded into flames mid-air as it made an emergency landing at Moscow's main international airport. Two children are among those confirmed dead following the inferno on the Sukhoi Superjet at Sheremetyevo airport on Sunday, the Russian Investigative Committee said. Terrified passengers were seen fleeing the Russian national carrier Aeroflot plane as flames flared from the rear of the aircraft with 78 on board. The Russian-built aircraft made an emergency landing soon after take-off from Russia's capital to the Arctic city of Murmansk. An airport official said that ‘many passengers delayed emergency evacuation - because against all instructions - they were picking up hand luggage from overhead compartments.’   Initial indications suggest an electrical fault might have caused the fire while the plane was in the air. Source