REPOST: The Emperor of the North -The Mystic Antichrist 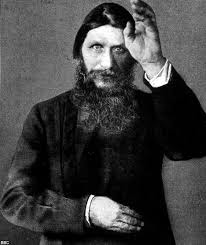 Now I have always wonder how this prophecy would come about in this day and age of modern democracy. How is it possible that an Emperor of the North will appear on the world stage? The United Nations and the European Union are certainly well established governing authorities. This Northern Emperor is surely not able to usurp these godless institutions, and why should he? Both camps have the same anti-Roman Catholic ideologies. If anything, the current United Nations and the European Union are laying the groundwork and foundation to help give rise to an Emperor of the North. These modern institutions may lay the groundwork, but eventually the mystic Antichrist will set up his own governing body.

So why even think upon such things? What’s the point? Well let me tell you, that I was very surprised when I read the recent interview of Dmitry Rogzin who is Russia’s Ambassador to NATO and is advocating a Northern Union made up of the United States, the European Union, and Russia. This should be done, he says, to protect Northern European Civilization from the invading enemies of the South. Meaning, protection from the invading Muslims.

Now enter Srdja Trifkovic and his analysis of this Rogozin interview. Mr. Trifkovic gives his wholehearted support to this idea of the Northern Union. But he has a complaint. Mr.Trifkovic knows and admits that the western elite class will never go for such an idea. Nor why should they? These western elites are the very same ones who devised and created the United Nations and the European Union. So the western elite class will never be a part of any Northern Alliance as purposed by the likes of Mr. Dmitry Rogozin and Mr.Srdja Trifkovic.

So how does this political dream of the Northern Alliance become reality? Simple. Ethno-Nationalism. Most European nationalists political groups the Italian Forza Nuova, FN (New Force); the Greek Chrysi Avyi (The Golden Dawn); Serb Nationalists, etc.. have same and similar views on Race and immigration. The creation of the Northern Alliance will most likely arise outside the confines of the European Union and will most likely arise from the ranks of the ethno-nationalists political organizations. So the Northern alliance of Dmitry Rogozin and Mr.Srdja Trifkovic will be nothing more than a union made up of various ethno-nationalist political organizations. Once these groups are aligned, they will then most likely look to setting up the Northern Union based on political principles and ideals that are opposed to the democratic new world order.

This Northern Union will model itself after the Russian Imperial ideal. This is how the world will witness the rise of the Northern Emperor – the mystic Antichrist. It will be nationalistic in origin, it will have religious underpinnings, similar to Serb and Russian Orthodoxy, it will oppose it self to the Faith and Morals of the Romans. It will be opposed to Rome.