REPOST: Homeland Security Document On Right Wing Extremism And The Message Of Our Lady Of Fatima 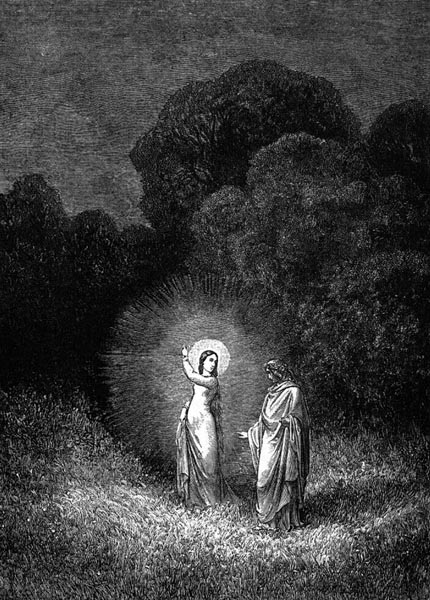 'and said: Beatrice, true praise of God,
why do you not help the one who loved you so
that for your sake he left the vulgar herd?'
Inferno II 103-105

(U) Perceived Threat from Rise of Other Countries

(U//FOUO) 'Rightwing extremist paranoia of foreign regimes could escalate or be magnified in the event of an economic crisis or military confrontation, harkening back to the "New World Order" conspiracy theories of the 1990s. The dissolution of Communist countries in Eastern Europe and the end of the Soviet Union in the 1990s led some rightwing extremists to believe that a "New World Order" would bring about a world government that would usurp the sovereignty of the United States and its Constitution, thus infringing upon their liberty. The dynamics in 2009 are somewhat similar, as othercountries, including China, India, and Russia, as well as some smaller, oil-producing states, are experiencing a rise in economic power and influence.'

— (U//FOUO) 'Fear of Communist regimes and related conspiracy theories characterizing the U.S. Government’s role as either complicit in a foreign invasion or acquiescing as part of a "One World Government" plan inspired extremist members of the militia movement to target government and military facilities in past years.'

Ethnonationalism: 'The term Ethno-nationalism refers to a particular strain of nationalism that is marked by the desire of an ethnic community to have absolute authority over its own political, economic, and social affairs. Therefore, it denotes the pursuit of statehood on the part of an ethnic nation. Ethno-nationalist movements signify the perception among members of a particular ethnic group that the group's interests are not being served under the present political arrangements.'

Now why is Homeland Security document so important to a Roman Catholic? It is not because one can see himself described in such a document, on the contrary, one would be quick to seperate himself from such extremism. Or in the words of the Divine Poet to ‘leave such a vulgar herd so that it shall bring you honorto have made a single party of yourself alone.’ This is the intent of this blog, to point out to faithful Roman Catholics just who are the political enemies to the One True Faith. And with the help of the U.S. government this has become easier to identify those anti-imperialist nationalist. Now most right wing conservatives hate Imperialism; Imperialism as practiced by the U.S. government. So what’s the problem? Well U.S. Imperialism is man-made, it is not of Divine Origin such as Roman Imperialism. Men tend to equate modern day Imperialism with Roman Imperialism. Both types are completely different. US Imperialism has filled the vacuum left by the absence of Roman Imperialism. In fact the US has usurped the universal role of Roman Imperial Authority. Dante Alighieri wrote extensively on the merits of the Roman Imperial Authority and his conclusion was that men would be best governed by Roman Imperialism.

But will this message get across to those right-wing extremists who hate Imperialism? I doubt it. As a matter of fact I tend to be of the opinion that Our Lady of Fatima in Her Message has warned the faithful of the coming events leading up to the next Roman Imperial election and the animosity of etho-nationalist who will at all costs try to stop the spread of Roman Imperialism. Dante did not write a poem just for the sake of verse. No, he wrote his political vision down for all men to read and study so that men might put in practice his idea of Roman Imperialism.

Dante’s Roman Imperial Idea will soon face hellish opposition from ethno-nationalists gathered from many nations as foretold by our lady of La Sallette:

"A forerunner of the Antichrist, with his troops gathered from several nations, will fight against the true Christ, the only Saviour of the world. He will shed much blood and will want to annihilate the worship of God to make himself be looked upon as a God."

These etho-nationalists made up from groups formed here in the U.S. along with groups in Italy and elsewhere will form an army of anti-roman imperialists as Our Lady of Fatima foretold in Her message.

She tells us that a group of soldiers will one day wait on top of a mountain for the Roman Imperial procession to approach:

A Bishop dressed in White ‘we had the impression that it was the Holy Father'. Other Bishops, Priests, men and women Religious going up a steep mountain, at the top of which there was a big Cross of rough-hewn trunks as of a cork-tree with the bark; before reaching there the Holy Father passed through a big city half in ruins and half trembling with halting step, afflicted with pain and sorrow, he prayed for the souls of the corpses he met on his way; having reached the top of the mountain, on his knees at the foot of the big Cross he was killed by a group of soldiers who fired bullets and arrows at him, and in the same way there died one after another the other Bishops, Priests, men and women Religious, and various lay people of different ranks and positions. Beneath the two arms of the Cross there were two Angels each with a crystal aspersorium in his hand, in which they gathered up the blood of the Martyrs and with it sprinkled the souls that were making their way to God." Message of Our Lady of Fatima

'Of their brutish state the results
shall offer proof. And it shall bring you honor
to have made a single party of yourself alone.'
Paradiso XVII 67-69