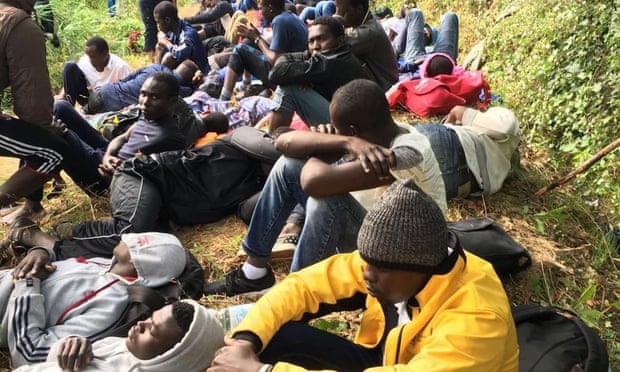 To claim that the news of the fleet’s departure caused any great alarm in the Western World when it first became known, would be plainly untrue. Which is doubtless why there was no lack of clever folk, willing, from the start, to spread endless layers of verbal cream, spurting thick and unctuous from the udders of their minds. The obliging bovines of contemporary Western thought, tails all aquiver, acquiesced with delight to the daily milking, especially since, for the moment, there was no cause to think that a serious problem was actually at hand. To appreciate the West’s opinion of the refugee fleet—or, for that matter, of anything new and unfamiliar—one essential fact must be borne in mind: it really couldn’t give less of a damn. Incredible but true. The more it discovers about such things, the more fathomless its ignorance, feeble its interest, and vulgar its own self-concern. The more crass and tasteless, too, its sporadic outbursts, fewer and farther between. Oh yes, to be sure, it indulges in flights of sentiment now and again, but cinema style, like watching a film, or sitting in front of the TV screen, poised for the serial’s weekly installment. Always those spur-of-the-moment emotions or secondhand feelings, pandered by middlemen. Real-world drama, served in the comfort of home by that whore called Mass Media, only stirs up the void where Western opinion has long been submerged. Someone drools at a current event, and mistakes his drivel for meaningful thought. Still, let’s not be too quick to spit our scorn its way. Empty drivel indeed, but it shows nonetheless how reading the papers or watching the news can provoke at least the appearance of thinking. Like Pavlov’s dog, whose slobber revealed the mechanics of instinct. Opinion shakes up its sloth, nothing more. Does anyone really believe that the average Western man, coming home from his ofiice or factory job, and faced with the world’s great upheavals, can eke out much more than a moment’s pause in the monumental boredom of his daily routine? Even Worker Power, that saving grace of our society today, is nothing but a parlor game, and played in a parlor too shabby and worn to stand up to more serious frolics. Risk a few, and the floor will cave in and go crashing to bits. The Moon, Biafra, a murderous earthquake, a campaign against pollution, a six-day war, a Bay of Pigs, the death of a Mao—mere Christmas parties one and all, with the great thoughtless void suddenly wreathed in flowers, and tooting its two-penny whistle. For a little while no one is bored, which is something at least. Quite a bit, in fact, if only it would last! But life isn’t always Sunday, and we can’t have famine in Pakistan or war in Israel every day of the week. (Thank Heaven, by the way, for the Israelis, those entertainers of the Western World. No danger of getting bored as long as they’re on stage. Our jokers can all go to bed and rest easy. When they wake up next morning their café au lait will be steaming, brisk and fresh, to the boom of Israeli guns …) But give a damn? Never! What for? And so, when the first news helicopter flew low over the fleet, off Ceylon, and got a worldwide scoop with a series of staggering pictures, what do you suppose our Western joker thought? That his life was in danger? That time had just started his countdown to death? Not a bit. All he thought was that now, as the fleet limped along on its hopeless course, strewing corpses in its wake, he would finally be able to watch a first-rate serial, week after week.

But now let’s imagine a rude awakening, a plunge into reality, with everyone caught in the soup, like nothing since World War II.

The serial suddenly breaks through the screen, smashing it to pieces into the steak and fries. And all at once the hordes of characters stream into the living room, looking the way they did in the fishbowl, doing their tricks a few moments before, only now they’re not acting, and the glass wall is shattered, and they’re armed with their .voes, their wounds, their groans, their grievance, their hate. Their machine guns too. Now they rip through the apartment, jar it out of its orderly calm, stun the families caught short in mid-digestion, spread through the town, the country, the world, pictures come to life, living, breathing problems on the march, newsfilm actors turning on their director in unbridled frenzy, suddenly telling him “shit!” to his face. … Now our poor little friend sees only too well that he should have paid closer attention. He read it all wrong, he heard it all wrong. The story, this time, wasn’t published and aired for his leisurely, private delight. In fact, what he’s going to hear now is this: “A million refugees from the banks of the Ganges set to invade France in the morning. Five more fleets on the way, from Africa, India and Asia.” Then hell run off to lay in supplies, to stock up on sugar, and oil, and sausage, and noodles. And he’ll stick a sockful of gold coins under a board in the floor. He’ll go to his local garage and lick His Lordship’s greasy boots for two jerrycans full, set aside for the periodic evacuation. Then, eyes moist with manly tenderness, he’ll look at his wife, his daughter, his aged mother, and see them already haloed in the nasty aura of self-sacrifice. After which, having belched up the last gaseous echo of the last sumptuous banquet of the Veterans of Gourmet Dining, he’ll declare himself “ready to confront the situation.” With the look on his face somewhat changed, a little more sly and resigned. Prepared to sell out, if need be … But things haven’t gone quite that far for our little friend yet. For the moment, with millions of others, he’s dozing off, ready to drown in the drivel, ears peacefully cocked toward his mind master’s tinkling bells.

What a concert! What talent! All solidly classic, steeped in the noblest tradition of the music of brotherly love. With maestros too numerous to name, loosing a flood of notes, those first few days, a torrent of heavenly voices, angelic enough to make you weep. But still, let’s try. We’ll get tired of reading about them in no time—much sooner than they themselves got tired of their broadsides and speeches—but we mustn’t forget the weight of blame they bear. They took our poor little friend and twisted him around their finger. Not many on purpose, to be sure. But the minions who fawned on the monster, though few, knew what they were doing. And they did their job well. The rest of them spewed out their words and their ink for other irksome reasons; most common of which, a certain aversion to violence, like the beast on the edge of his lush, fragrant forest, threatened with attack, but suddenly loath to growl or bare his fangs, when the merest snarl would be more than enough to protect him. Try to figure it out! Then too, there was more than a goodly dose of moral misgivings—or cowardice, if you will—in the spreading contagion of their spineless pronouncements. Like the fear of not sneering in tune with the other hyenas, of not weeping in time with the pharisee chorus, of not bleating with the fools, of unwittingly proving you can think for yourself; or the fear, above all, that world conscience would point its accusing finger, and single you out as the spoilsport troubling their treasonous revels. Oh what fine scribblers and spouters we had back then, in those early days of borrowed calm before the storm!

One name on the roll of honor has to stand out above the rest: the unspeakable Jean Orelle. Official spokesman of the French Republic, it was he whose babblings broke the silence, in charge, as he was, of starting the auction off. Everyone hoped he would set the bidding high. And he did. Eternal France, in keeping with time-honored custom, owed it to herself to stand up, solo, and squeal out sublime and noble notes of love, with no thought of how she would get off the hook once the die had been cast … 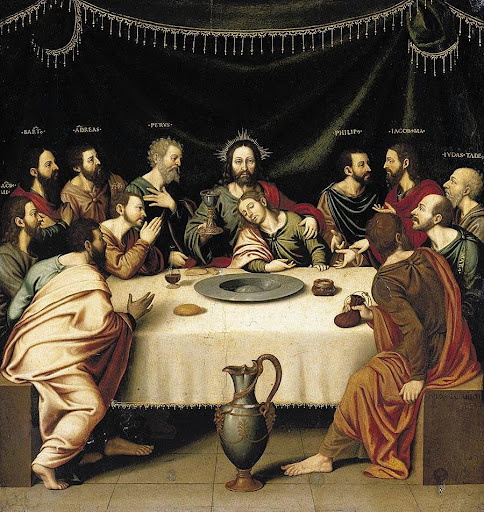 A FOURTH DESIGN WHICH OUR LORD HAD IN INSTITUTING THE SACRIFICE OF HOLY MASS, WAS THAT IT MIGHT BE A PROPITIATORY SACRIFICE TO OBTAIN FORGIVENESS OF SINS, AND SATISFY FOR THEM IN ALL RIGOUR OF JUSTICE.