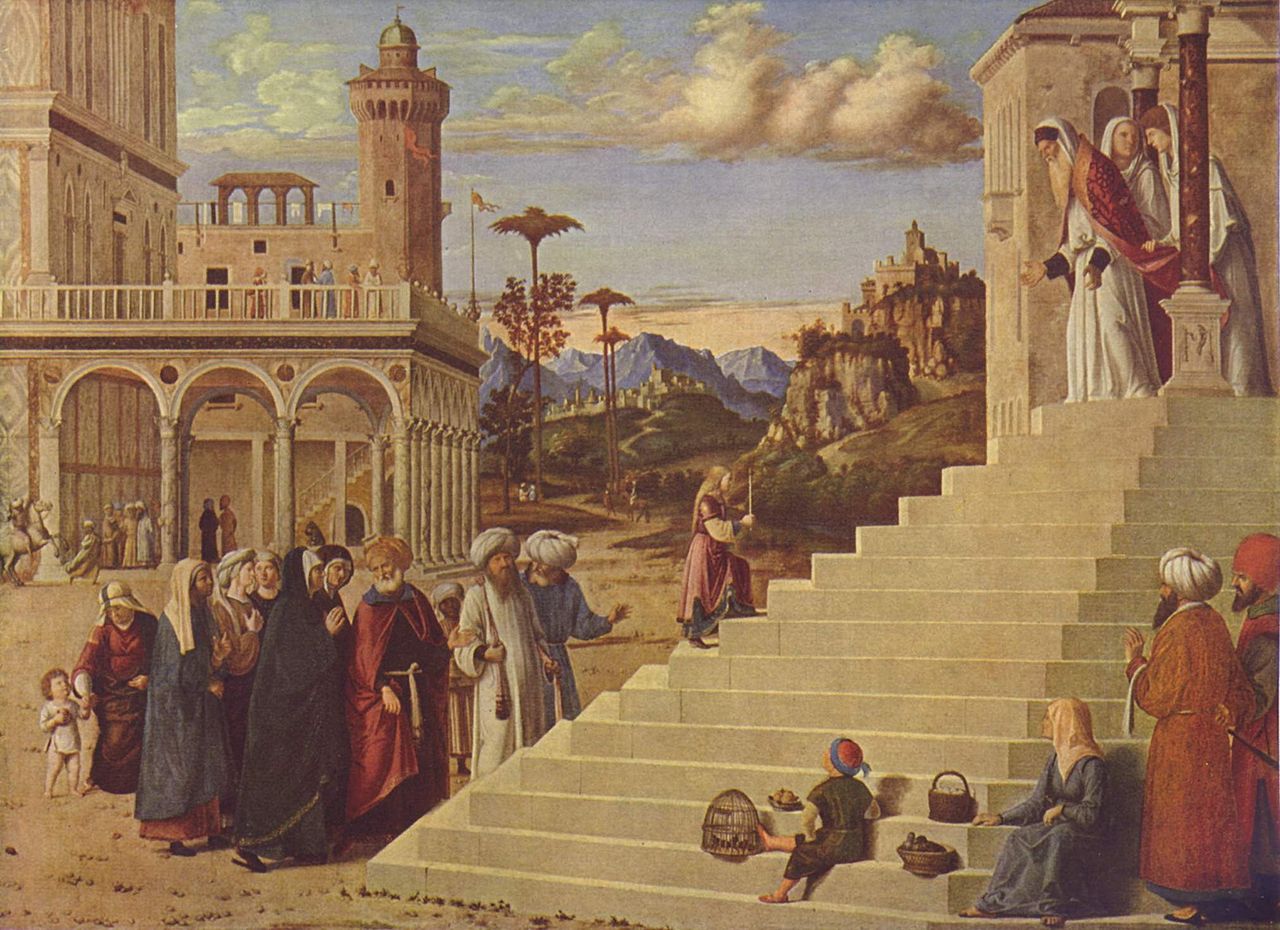 CIMA da Conegliano
The Presentation of the Virgin


Luke 18:9-14
At that time, Jesus spoke this parable to some who trusted in themselves as being just and despised others. Two men went up to the temple to pray, the one a Pharisee and the other a publican. The Pharisee stood and began to pray thus within himself: ‘O God, I thank You that I am not like the rest of men, robbers, dishonest, adulterers, or even like this publican. I fast twice a week; I pay tithes of all that I possess.’ But the publican, standing afar off, would not so much as lift up his eyes to heaven, but kept striking his breast, saying, ‘O God, be merciful to me the sinner!’ I tell you, this man went back to his home justified rather than the other; for everyone who exalts himself shall be humbled, and he who humbles himself shall be exalted. Wednesday Meditation