POPE FRANCIS ANGELUS PRAYER DOOM!! Pope Gets Trapped In Vatican Elevator For 25 Minutes Before Firefighters Were Able To Free Him 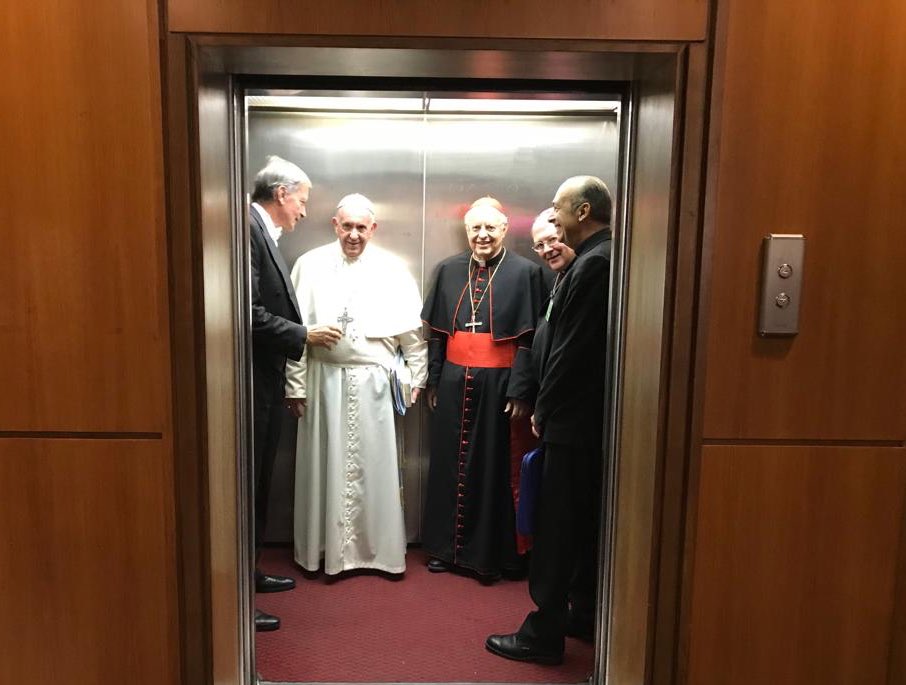 Trapped in an elevator or something more...

Next time, take the Stairway to Heaven! Pope Francis gets trapped in a lift at the Vatican for 25 minutes before firefighters were able to free him

Pope Francis got stuck in a lift at the Vatican for 25 minutes before firefighters were able to free him. He apologised to the congregation who had gathered in St. Peter's Square today for showing up seven minutes later than expected. They had waited patiently for him to appear at the study window that overlooks the square for his traditional midday appointment with the public. The 82-year-old said: 'I have to apologise for being late.' 'I was trapped in a lift for 25 minutes, there was a power outage but then the firemen came. 'Let's give a round of applause to the fire service.' The crowd were prompted to cheer the Holy See firefighters who had rescued him. The Italian television networks that live-stream the Angelus prayer had been concerned that the unprecedented seven-minute delay might have been due to health reasons.Francis seems to have unlimited energy despite his age but he does have ongoing health concerns after he lost part of a lung in his youth. In his address, he announced that he would create ten new Roman Catholic cardinals next month. It is believed to be the first time a Vatican head of state, who leads the world's 1.2 billion Catholics, has been stuck in a lift. Source
Email Post