Jungle Boogie: Safe And Secure Within The Vatican Walls The Pope Urges Respect For Indigenous Amazon Peoples At Start Of Three-Week Gathering 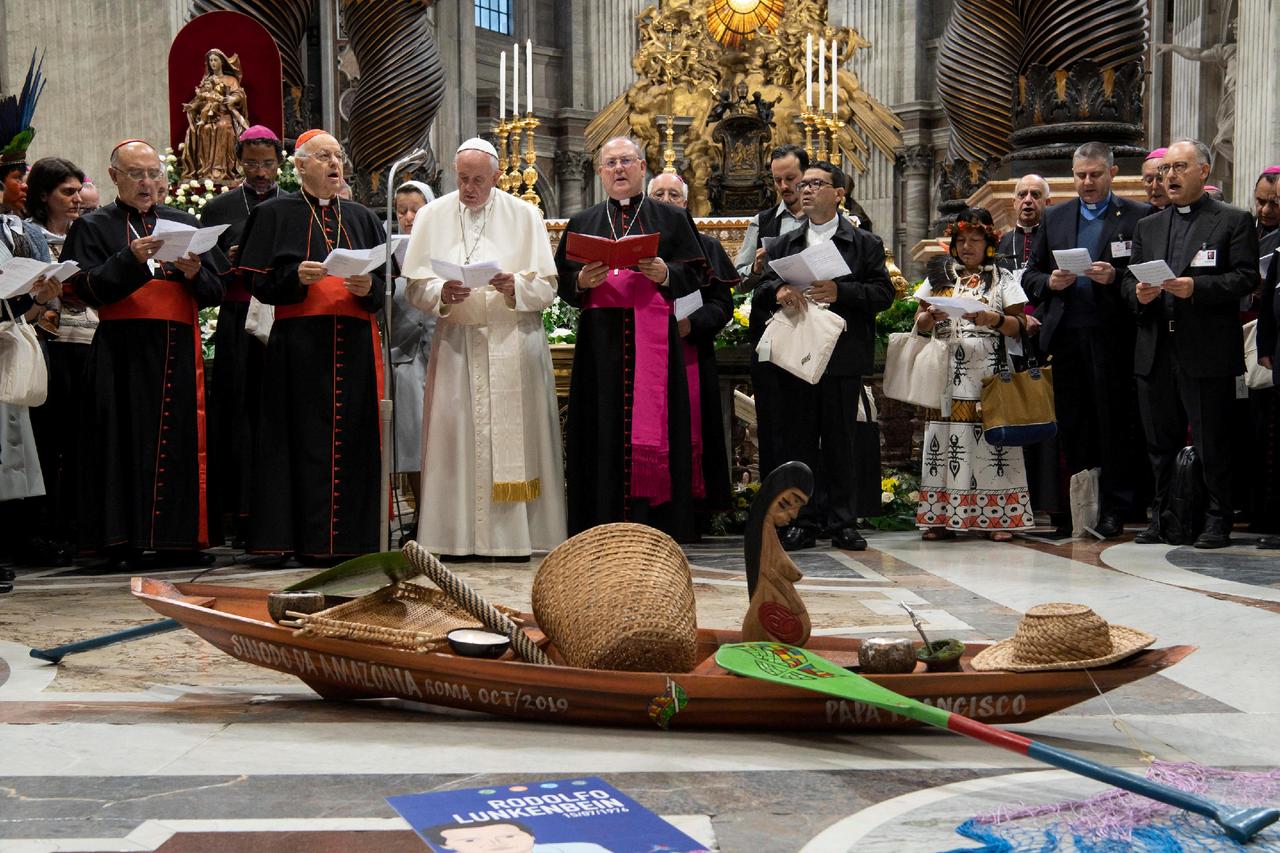 VATICAN CITY (Reuters) - Pope Francis on Monday told an assembly of bishops discussing the Amazon region of South America that modern society should not try to impose its rules on indigenous people but respect their culture and let them chart their own future. Francis, who is from Argentina, was addressing the opening of the first working session of a three-week gathering on the future of the Roman Catholic Church in the Amazon, including the possibility of introducing married priests. The pope said the people of the Amazon should not be “approached with a type of entrepreneurial eagerness that seeks to give them pre-concocted programmes aimed at disciplining” them, their history and their culture. “Ideological colonisation is very common today... (Let’s say) ‘no’ to this urge to domesticate original peoples,” he said. Source