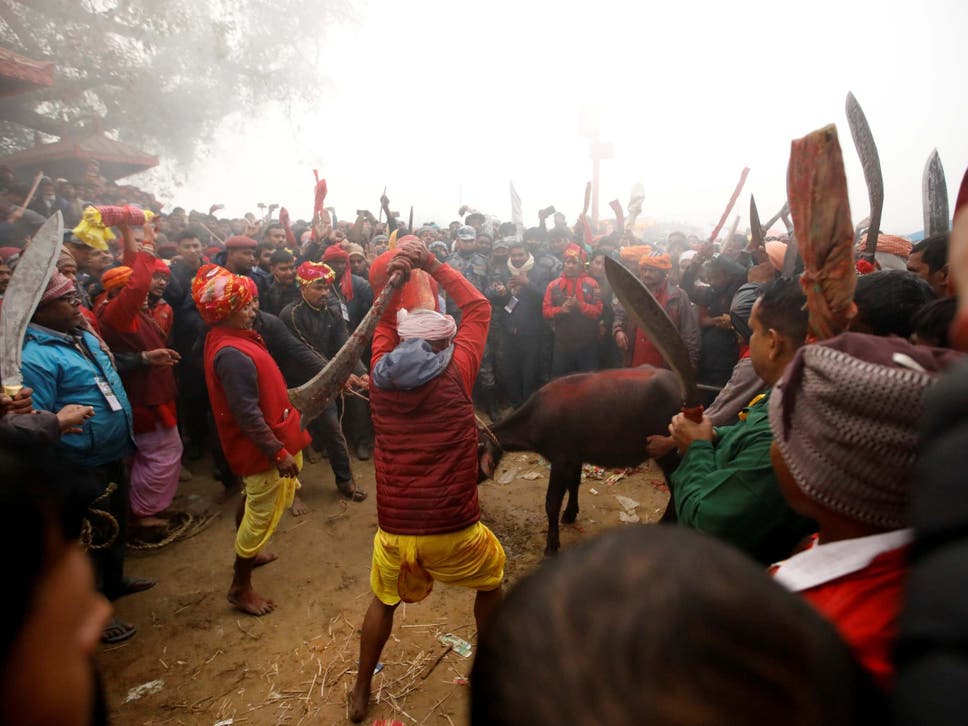 Hindu worshippers have begun beheading thousands of buffalo in Nepal as part of what is thought to be the world’s largest animal sacrifice event. The Gadhimai festival started in the early hours of Tuesday morning as a priest killed a goat, rat, chicken, pig and pigeon and then offered blood from his own body. Around 200 butchers wielding curved kukri knives then descended on a walled temple arena containing an estimated 3,500 buffalo to behead the animals. Campaigners for animal rights charity Humane Society International described seeing baby buffaloes bellowing as they watched their mothers being decapitated. They said others collapsed from exhaustion, sickness and stress as worshippers attempted to drag them to their deaths. Thousands of people from Nepal and neighbouring India travelled to Bariyarpur village to witness the festival, which occurs every five years. Source 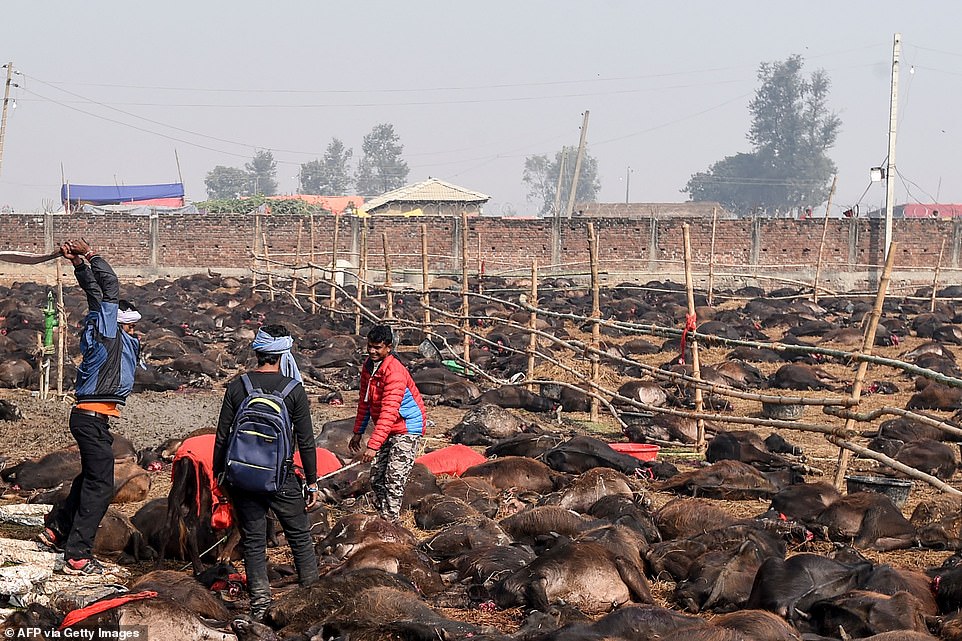