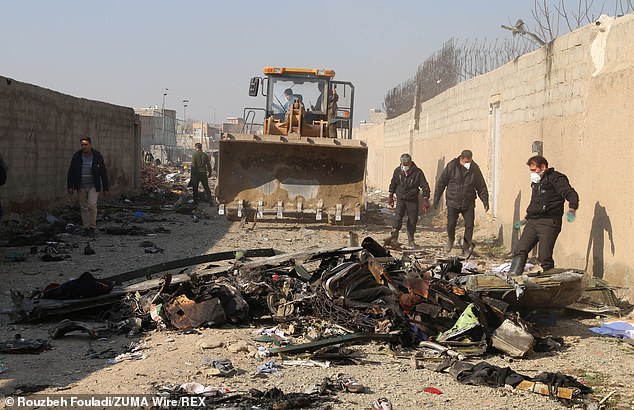 Iran has cleared up the crash site where a passenger jet came down two days ago and said today it wants to handle the black box data itself - after denying the West's 'big lie' that an Iranian missile shot down the plane. The debris of the Boeing 737 has been removed from the crash site near Tehran before Ukrainian investigators have even arrived, sparking fears of a cover-up. Tehran says it is 'opening' the flight recorders today but has indicated it will not allow the US government to analyse their contents. Washington and its allies believe that the plane was shot down by two Iranian missiles which were launched just minutes after the airliner took off. It is feared that Iranian forces may have mistaken the passenger plane for a military jet, hours after Iran launched missile strikes on US bases in Iraq. Iran, which claims the crash which killed 176 was caused by a technical failure, has accused the West of 'psychological warfare' as it denied the claims today. 'It is unfortunate that the psychological operation of the US government and those supporting it are adding insult to the injury of the bereaved families and victimising them for certain goals by propagating such fallacies,' government spokesman Ali Rabiei said. 'No one will assume responsibility for such a big lie once it is known that the claim had been fraudulent,' he was quoted as saying by Press TV. The crisis forced Western planes heading to Tehran to turn around in mid-air last night, with many airlines now avoiding Iranian airspace. America's Federal Aviation Administration had banned US airlines from flying over Iran just hours before the crash, potentially saving American lives from a misdirected shoot-down. Source 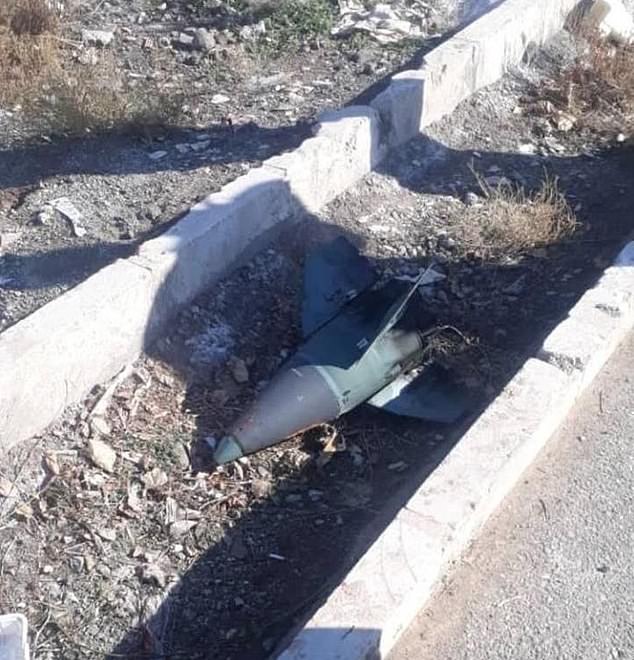