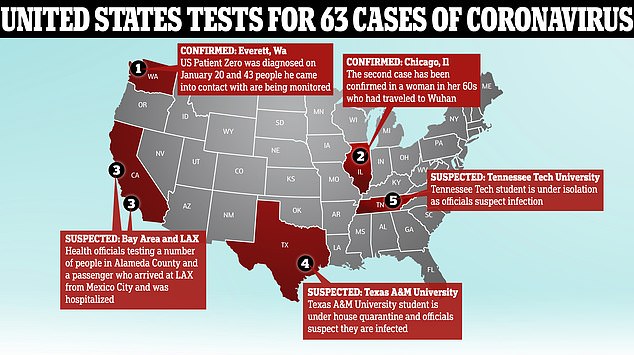 The second US case of deadly coronavirus has been confirmed in Chicago, Illinois, health officials say.  On Friday, the Centers for Disease Control and Prevention (CDC) announced the patient is a 60-year-old woman who traveled to Wuhan, China, where the virus originated, in late December.   She arrived at O'Hare International Airport on January 13 - meaning it has been 11 days since she returned to the US - but did not begin experiencing symptoms until several days later.  Health officials say the woman appears to be well and in stable condition. She is in isolation, but it is unclear which hospital she is at.  The CDC said the woman did not have any travel companions and that her contacts since developing symptoms are believed to be limited to people in her household, who will also be monitored.   It comes as health officials reveal they are testing 63 people in 22 states including two students, one at Texas A&M University, who had traveled from Wuhan and another student at Tennessee Tech University.  Doctors also announced that another 43 people came into contact with the first confirmed US patient, who is being quarantined in Washington state   So far, 897 people people have fallen ill since December, mostly in China. As of Friday, 26 people have died.   Source 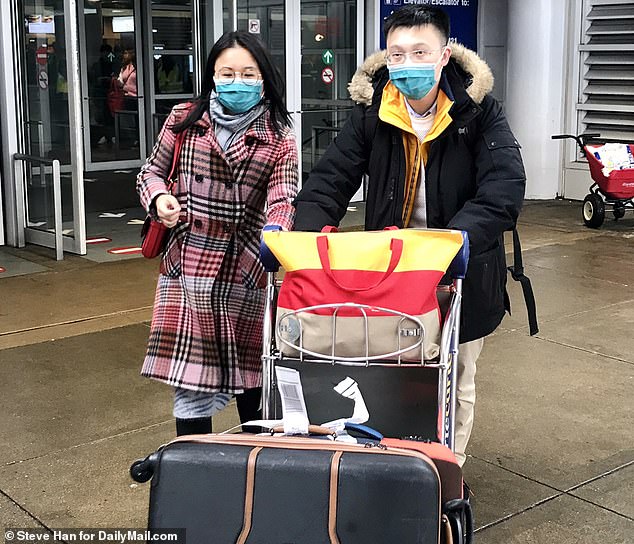