I Pray For The Destruction Of The Airline Industry During Holy Sacrifice Of The Mass: LAX Hit By Massive Power Outage 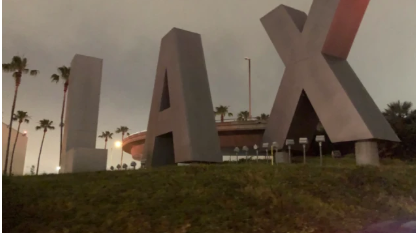 LOS ANGELES (CBSLA) – An outage left a large portion of Los Angeles International Airport without power Tuesday afternoon.  The outage was reported sometime around noon. Power was knocked out in terminals 1, 2 and 3, LAX confirmed on Twitter. It’s unclear to what extent operations were affected there. Tom Bradley International Terminal — along with terminals 4, 5, 6, 7 and 8 — never lost power during the incident.  Power was fully restored a little before 1 p.m., LAX confirmed.  It’s unclear how many flights may have been canceled or delayed during the event. There was no immediate word on what caused the outage Source